The tiny Hong Guang Mini EV is a big success. 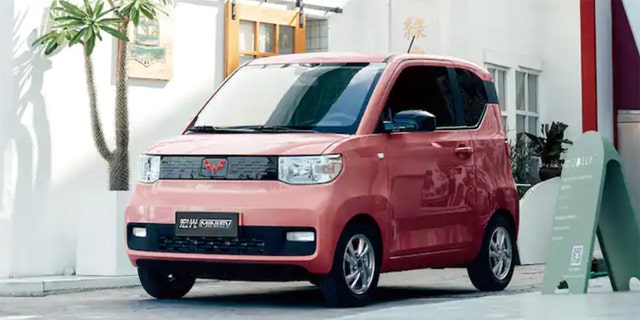 The microcompact four-seater from GM’s Chinese joint venture brand Wuling has been China’s best selling electric vehicle in recent months, thanks to its rock bottom $4,400 price and a size that’s perfect for the country’s crowded urban centers.

But now the automaker is thinking about opening up a new market for the car by opening its roof.

The Hong Guang Mini EV Cabrio style is set to make its debut at the Auto Shanghai show next week. 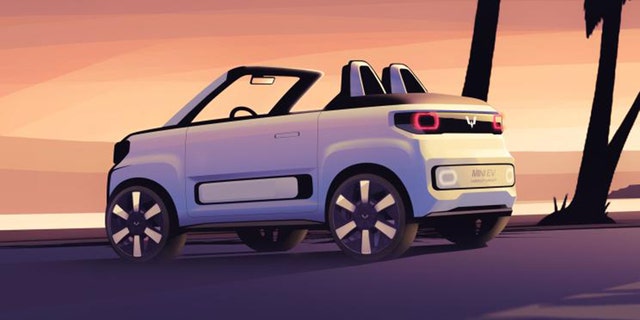 Teaser images released ahead of the event show that it sticks closely to the coupe version’s design, but loses the back seats and features a restyled front end and lower door panels along with a new dashboard equipped with a widescreen display unit that incorporates the digital instrument cluster and infotainment system screen. 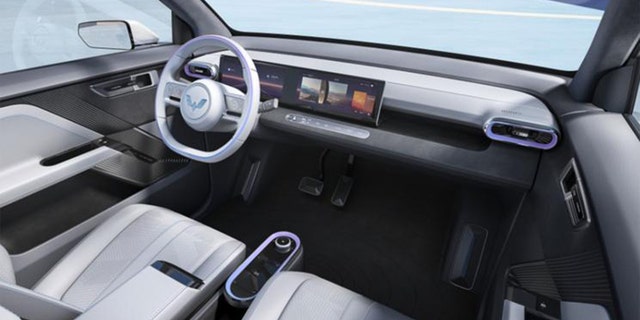 Technical details have not been released, the hardtop model is about 10-feet long, has a range of 106 miles per charge and can reach a top speed of just 62 mph.

The convertible is being billed as a concept, but, Chinese automotive news outlet Autohome reported that the vehicle is destined for production.