Chadwick Boseman will be honored in the upcoming “movies” target=”_blank”>Black Panther< to be in development before his death.

Though the Disney-owned studio has not yet revealed how it plans to address Boseman’s absence from the upcoming film and franchise at large, Marvel exec Kevin Feige revealed late last year that the studio would not recast the character.

Fans have speculated how the film might move forward without its original leading man, and while no specifics were given, Lupita Nyong’o has opened up about how the flick will honor her late co-star.

The actress, 38, who appeared as Nakia alongside Boseman in “Black Panther,” paid a virtual visit to “ellen-degeneres” target=”_blank”>The Ellen DeGeneres Show< said she knew “for certain” Boseman would want the Marvel team to press on with the franchise.

“I feel that what [director and co-writer] Ryan Coogler has planned very much honors [Boseman] and his legacy,” said Nyong’o. “I feel good about going back.”

“It’s still so hard for me to come to terms with his passing,” the star admitted when asked what she’ll miss most about Boseman. “His leadership. He led the movie with such compassion and presence. When Chadwick came on set, he was present and he brought his entire being to that movie and he was just so humble as well.” 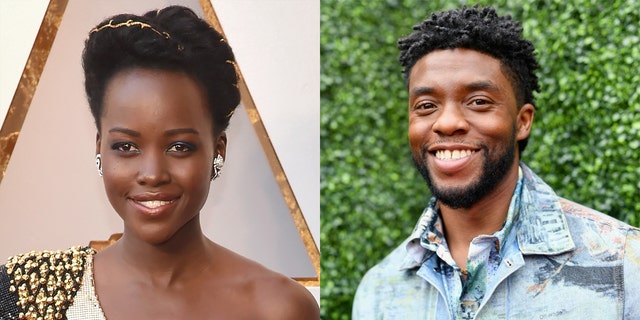 She continued: “That leadership will be missed and he was my friend so it’s hard to think of him in the past tense still.”

The original film saw Nyong’o and Boseman play will-they-or-won’t-they former lovers on the brink of a reunion as he’s forced to defend his homeland from a usurper in the form of his long-lost cousin.

In November 2020, The Hollywood Reporter stated that Nyong’o, Angela Bassett, Winston Duke and Letitia Wright were expected to reprise their roles in the sequel, while Martin Freeman and Danai Gurira were rumored to appear again as well.