jana-kramer” target=”_blank”>Jana Kramer<, 51, on July 4, 2010, and although the marriage lasted just 12 days, the “movies” target=”_blank”>That Thing You Do!< of the photo – in which a spry Kramer, donning a white wedding gown, happily looks over the actor’s shoulder as he clutches their dog, Sophie, in his arms. “I told him I’ve been married three times. But I got it right when I married his mother. @kramergirl and I lasted a week. We weren’t meant but for this photo and friendship.”

The actor also tagged Kramer in the tweet and others on social media have lent their takes on the brief union. 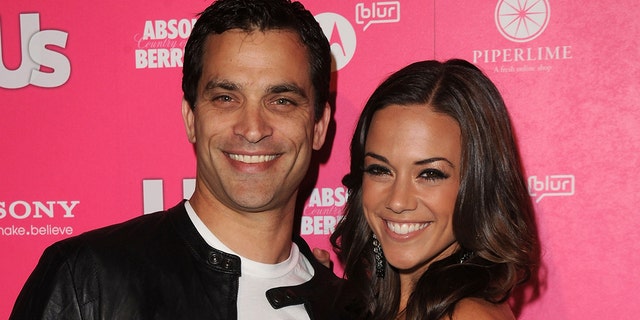 And actress and singer Jana Kramer, right, said she was ‘annoyed’ by actor Johnathon Schaech, left, sharing and tagging her in his social media post. (Photo by Jason Merritt/Getty Images)

“Looks like you guys were “One Hit Wonders…” one commenter responded, adding, “I’ll see myself out.”

Another noted that the moment still produced a “cute picture” and said they hoped Schaech has “nice memories of that day,” to which the actor replied, “Nope.”

An additional commenter inquired about the couple’s precious pooch and asked if he still had the dog. Unfortunately, Schaech told the user, “she passed,” adding to another commenter, “I tried to get custody forever but Jana knew the dog loved me too much.” 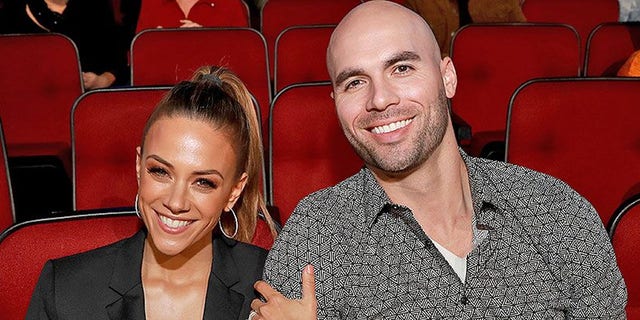 Jana Kramer and husband Michael Caussin have come a long way since he cheated and was treated for sex addiction.

“So my ex-husband, because I guess he technically was a husband, so he tweeted out a picture of our wedding day,” Jana said on the latest episode of her “Whine Down” podcast. “But he tags me in it … first of all, why are you tagging me in it?”

Kramer and Caussin have been married since 2015 and the singer maintained that she is very close friends with Schaech’s wife since 2013, publicist and businesswoman Julie Solomon.

Schaech and Solomon share a son and a daughter while Kramer and Caussin also share two children.

“We’ve been great, but it kinda rubbed me wrong,” Jana pressed. “Like, why are you posting a photo of our wedding day? That’s from the past.”

“I didn’t want to see that photo on my Twitter,” she added. “And now you’re tagging me in it. So I don’t want other people to see that photo. Yeah, you can Google it if you’re searching and you wanna see it. It bothered me.”