David Limbaugh: Goodbye, Rush, my big brother. Thank you for being you

Losing my brother Rush Limbaugh has been tough. Until a few very long weeks ago, he was always in my life. Like other siblings growing up in the same home, we shared experiences that were exclusive to us.

Our parents instilled in us — and we thoroughly absorbed — their religion: their love of God; their unconditional love for each other and for us; their belief in moral absolutes, of truth, of right and wrong; the paramount importance of family; the critical necessity of personal character and integrity; the value of human life; and the uncompromising duty to treat others with respect and compassion.

No one perfectly succeeds in living out these religion, but our parents equipped us, lovingly disciplined us and guided us.

Though Rush is now known to the world as a consummate talker, what is not widely known is that he didn’t start that way. He was first a listener — an information sponge, quietly inhaling knowledge at the feet of our dad.

Rush was initially unassuming, respectful and focused, as if dedicating the first part of his life to acquiring the building blocks that would later serve him and the millions he was to touch when he would grow to full intellectual and professional maturity. 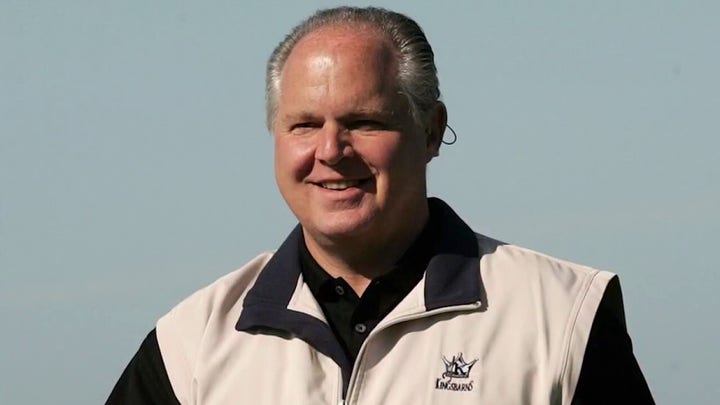 From an early age, Rush was an avid reader, and he devoured the set of children’s classics our dad provided and encouraged us to read, accumulating a knowledge of life, human trials and tribulations, and the way the world works.

Like our World War II fighter pilot dad, Rush loved aviation, even as a young kid.

I lament that our dad didn’t live to fly on the various jets Rush purchased by using the very knowledge and skills he acquired from him and our mom.

We loved baseball, and Rush was good at it. He had home-run power and became a good pitcher, not through an abundance of natural talent but by teaching himself how to throw curveballs, sliders and even knuckleballs, which he tried to teach me.

PHOTOS: RUSH LIMBAUGH THROUGH THE YEARS

Almost everyone in our hometown of Cape Girardeau, Missouri, was a St. Louis Cardinals fan. But in a foreshadowing of his mischievous independence, Rush was a superfan of the Los Angeles Dodgers and in particular their shortstop, base-stealing phenom Maury Wills. 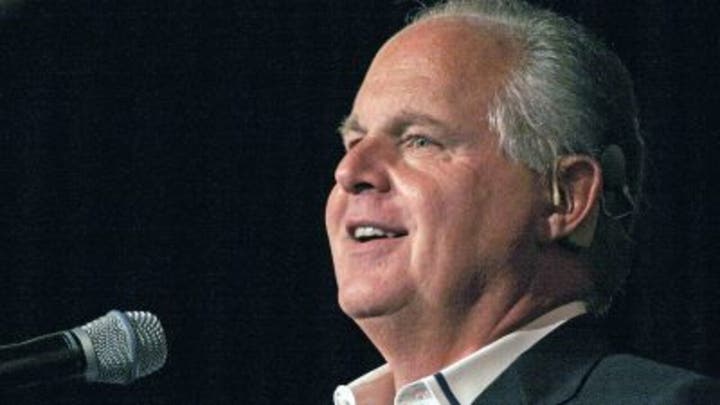 Rush was obsessed with Wills’ base-stealing acumen and wanted to emulate it. He was intrigued that Wills could reach full speed on his second step down the baseline, and Rush diligently worked on developing that for himself.

We didn’t go on many vacations as kids, but we went to a lot of baseball games in St. Louis and almost always when the Dodgers were in St. Louis for a series.

Rush was so enamored with Wills that he wrote him a letter requesting an autographed picture, which I remembered when I serendipitously found the picture in my house during this last, very difficult year.

Rush practiced his skills as a broadcaster while turning down the volume on the television as we watched baseball games so he could call the games himself. Later, our parents gave him a Remco Caravelle, a toy that enabled him to broadcast on the actual radio airwaves within our home. Our mom and I logged many hours listening to his first days as a disc jockey and sports announcer.

Let’s now fast-forward to his time in his adopted hometown of Sacramento, California, in the late ’80s. He mainly loved that city because it was where he came into his own as a broadcast professional after so many fits and starts, simply because he found a program director with the wisdom and courage to let Rush be Rush.

I was struck by how much he brought our parents to life in the practice of his art — exhibiting their qualities, talents and values. Rush was blessed with the best of both. He was Rush and Millie writ large.

Our mother was a comic, a singer, a natural ham and an entertainer; our dad was unusually brilliant, the small college national debate champion, a lawyer’s lawyer and the guy who would hold court in our living room to the fascination of our friends. But he never had the national platform that Rush would carve out for himself.

Rush did our parents proud in a way that is indescribably gratifying to me.

As few others do, Rush lived life his way, and the world is immensely better because of his contributions. He was the tip of the spear from day one and took tidal waves of abuse from hateful leftists who devoted their lives to destroying him — and they failed. Rush was responsible not for the development of modern conservatism but for its explosion into the mainstream of American life. He paved the path for so many other great conservatives. The nation — and all of us — owe him deeply for this. He single-handedly resurrected AM talk radio.

Rush particularly inspired me to be the best I could be in both my law practice and my writing career. He entrusted me to handle his entertainment contracts and encouraged me to write columns and books. He pushed me to excel in both professions.

In the weeks following his death, I have felt a deep and profound loss.

We were in constant communication, supporting each other to the end.

Every day since he died, I steadily find myself wanting to share something with him and instantly realize I can’t and will not be able to again until we meet in heaven. That hurts.

But I thank God for Rush’s faith in Jesus Christ and for receiving him into a much better place, one with no more death, mourning, crying or pain.

One of the last things I said to Rush when he was still conscious and able to interact was, “I love you.” He looked at me and replied: “I love you, too. Big time.”

Goodbye, big brother. Thank you for being you and for being there for me all your life.

I am so, so grateful for you — and may God bless you forever and hold you in His loving arms.

Previous Women, those under 40 more likely to have side effects to COVID vaccine, expert says
Next 5 new Windows 10 tricks you’ll wish you knew before now