Anti-Asian violence in us-regionsright now is more than random street-corner sucker punches and terrifying subway shoves. It’s also the deliberate disassembly of meritocratic public education under the guise of ethnic equity — a dagger to the heart of the fastest-growing and arguably most dynamic immigrant group in the city.

Not to diminish the thuggery, the most serious threat to Asian American New Yorkers is the education” target=”_blank”>Department of Education< came out last week, and they are beyond harsh: Asians won 54 percent of this year’s freshman class seats; whites, 28 percent; Hispanics, 5 percent, and African Americans, 4 percent.

Weird. By her own words, Porter doesn’t consider Asian kids — apparently all 145,000 of them — to be among “our students.” And to her, “fair representation” means quotas. How else to interpret what she said?

She’s no trailblazer here, of course. New York, city and state, has been chipping away at school performance standards for a generation. Lately, in the Bill de Blasio/Andrew Cuomo/Carl Heastie era, they have been in free fall.

But only rarely is the official agenda so clearly — if perhaps inadvertently — stated: Explicitly expelling Asian kids from the “our students” mix is both breathtaking and a fair measure of how far off the rails public education policy is in New York these days. 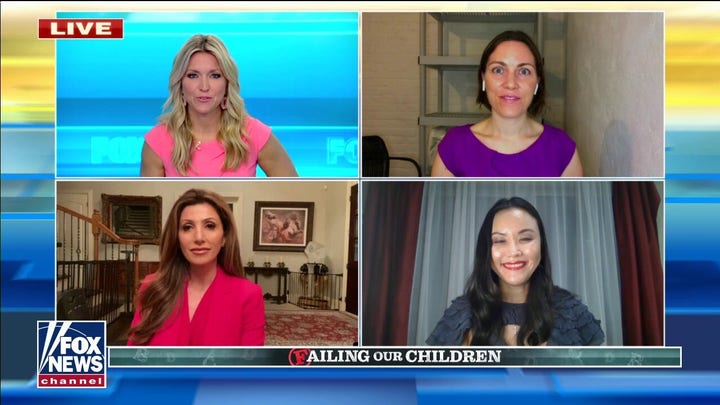 If the pandemic has produced anything positive, it is now beyond argument that teachers as an organized force have no interest in actually teaching; hell, they’re no longer even going through the motions.

Neither is Porter, obviously, nor de Blasio, Cuomo, the state and city education departments, the City Council, the Legislature and the state Board of Regents — the last once being America’s most demanding monitor of quality public schools.

The rationale was simple: A solid basic education was intrinsically a good thing, but transforming the nation’s immigrant legions into an educated workforce would promote prosperity, too.

That worked for decades — but over time, the assumption frayed. Now the game is Porter’s quota culture — and those running it admit to no distinction between pretending to educate children and actually doing so.

And they hope nobody notices; so far, nobody has.

Yet those high school admissions numbers are hard to miss — and it’s a safe bet that the city’s Asian Americans are staring at them intently.

Certainly, the city itself is changing. Where things will stand when the pandemic shakes out is anybody’s guess. Plus those 2020 Census Bureau numbers released last month bear close study.

But no one will dispute that immigration once again is radically transforming the five boroughs. To the point, Brooklyn’s Sunset Park and Flushing/Elmhurst in Queens have been transformed by Chinese newcomers — most poor but tirelessly striving and virtually all dedicated to advancement through high-quality, merit-driven education.

Hard work and familial support make for exemplary test scores — so it is no accident that immigrant children make up a significant percentage of those Porter and her quota cabal would turn away from the city’s specialized high schools.

And while neighborhoods like Park Slope and the Upper West Side get most of the attention when the elimination of programs for talented kids is being discussed, don’t think for a minute that extra effort for high-performing outer-borough Asian children isn’t on the target list too.

Still, Park Slope and Upper West Side residents often have options not available to impoverished, often illegal immigrants from, say, mainland China’s Fujian Province. The question is how hard they’ll push back against Porter’s blatant discrimination.

It wouldn’t be the first time that a demand for quality public schools created social and political friction in the city — that is to say, generated the sometimes-disruptive energy necessary for positive change.

Porter would do better to concentrate on the reasons underlying Black under-performance — they are many, varied and often heartbreaking — rather than trying to mask those problems with quotas.

They won’t help Black kids learn, after all, and isn’t that supposed to be the point?