EXCLUSIVE – A GOP political organization dedicated to elections”>electing < to state offices across the nation is releasing a report on Tuesday showcasing legislative statues from states across the nation “that make it easier to vote and harder to cheat.”

The report from the Republican State Leadership Committee’s (RSLC) Commission on Election Integrity, which was shared first with Fox News, was compiled in recent weeks by commission members from across the country.

The RSLC says their report’s intended to serve as a guidance for political leaders who are currently working to make changes in election laws in their respective states. The group says the statues spotlighted in the report are aimed at increasing “voter access and participation without sacrificing security, accountability, and transparency.”

The report’s release comes amid a heated national conversation over election integrity and voter suppression that’s grabbed the national spotlight. 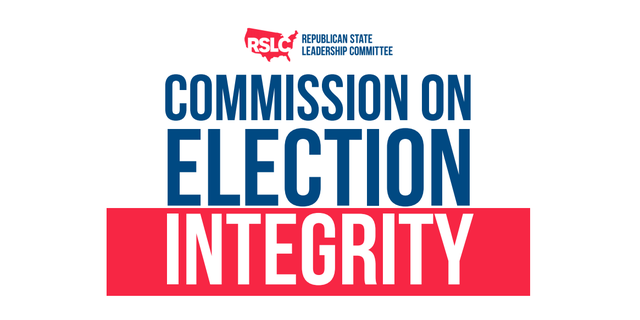 A new report from the Republican State Leadership Committee’s (RSLC) Commission on Election Integrity, released Tuesday, showcases what the RSLC says are legislative statues from states across the nation "that make it easier to vote and harder to cheat."

Alabama Secretary of State and commission co-chair John Merrill emphasized that “this report will serve as a critical roadmap for policymakers in states that are looking for ideas on how to make their elections more free and fair. It’s our hope that each state can tailor these suggested practices to their specific needs so we can make it easier to vote and harder to cheat across the nation.”

Michigan state senator and commission co-chair Ruth Johnson noted that the report “was compiled by experts who have decades of combined experience administering elections and understand how reforms need to be carried out to ensure that security is never sacrificed when expanding voting access.”

Johnson touted that the findings are “a comprehensive framework that we hope all states can consider as they look to reform their election laws prior to 2022.”

Democrats highlight that their bill would “improve access to the ballot box” by creating automatic voter registration across the country and by ensuring that individuals who have completed felony sentences have their full voting rights restored. The bill would also expand early voting and enhance absentee voting by simplifying voting by mail. There was a surge in absentee voting during last year’s primaries and general election due to health concerns of in-person voting at polling stations amid the infectious-disease.

If passed into law, the bill would also enhance federal support for voting system security, increase oversight of election system vendors, upgrade online political ad disclosure and require all organizations involved in political activity to disclose their large donors, create a multiple matching system for small-dollar donations, which would be paid for by a new surcharge on “corporate law breakers and wealthy tax cheats,” tighten rules on super PACs, and beef up the enforcement powers of the Federal Election Commission.

Republicans slam the measure saying it would lead to a federal government takeover of elections and accuse Democrats of trying to change election rules to benefit themselves. But Democrats say the measure is needed to combat the push by GOP lawmakers in some states where Republicans control the governor’s office and the legislature to pass bills that would tighten voting laws, which Democrats characterize as voter suppression.

One of those state measures, which was signed into law last month by Republican Gov. Brian Kemp of Georgia, has sparked national controversy.

The current push by Republicans state lawmakers to beef up what they emphasize is election integrity was ignited by then-President Donald Trump’s repeated claims ahead of last November’s election that the loosening of restrictions on voting by mail would lead to “massive voter fraud” and “rigged” elections.

After his defeat to now-President Biden, Trump falsely said that the election was “stolen” as he unsuccessfully tried to upend Biden’s victory. One of the states he spotlighted was Georgia, where he was narrowly edged by Biden.