11 Massachusetts State troopers and 1 sergeant were fired on Friday due to not complying with the Covid-19 vaccine mandate, said officials.

All 12 of the crime have been “dishonorably discharged” as of Friday, according to a Massachusetts State Police spokesperson. They were initially put on administrative leave but still did not get the shot. The 12 fired on Friday do not include the 7 troopers involved in an ongoing lawsuit.

They were officially terminated Friday afternoon once the workday ended to “avert attention throughout the weekend,” according to a statement by State Police Association President Pat McNamara.

The firing of the 12 members comes nearly 8 months after Gov. Charlie Baker’s executive order 595 requiring all executive branch employees provide proof of vaccination by October 17. They would face disciplinary action, including possible termination if they were non-compliant.

The executive order allows for “limited exemptions” due to medical disabilities or religious beliefs. All the terminated troopers had previously issued exemptions under these grounds but were denied, said State Police Association of Massachusetts spokesman Chris Keohan to the Boston Herald. The order does not allow room for appeal.

“… We will follow through on our already filed grievances and continue fighting for our wrongfully terminated members. Governor Baker should be ashamed for the damage he has done to his employees and their families,” said McNamara. 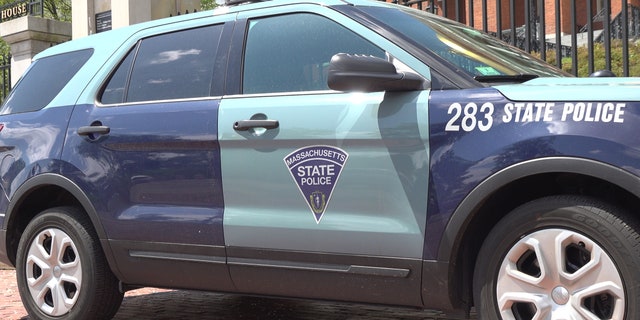 “To date, dozens of troopers have already submitted their resignation paperwork, some of whom plan to return to other departments offering reasonable alternatives such as mask wearing and regular testing,” said SPAM President, Michael Cherven in a statement after the court ruling.

Fox News reached out to Gov. Charlie Baker’s Office, the State Police Association of Massachusetts, and Boston Mayor Michelle Wu’s office for statements but did not immediately hear back.