A redacted photo shared to Reddit is suggesting the cost of delivering a child and a three-night hospital stay in Belleville, Kansas was less than $60.

The post, which was originally shared to the Reddit Pics thread, a subreddit dedicated to sharing pictures and photographs, on June 26, is now gaining viral attention on external social media platforms.

HOW MUCH DOES IT COST TO HAVE A BABY

“My medical school professor showed me this bill from his reproductive-health in 1955 (in the United States),” the Reddit user captioned their throwback photo.

The incredibly low-cost bill reportedly came from a Belleville Hospital and is dated Dec. 17, 1955.

According to the itemized bill, it allegedly included a three-day stay between Dec. 15 and Dec. 18 that year.

The room and board and nursing service section is marked as costing $27 while the delivery room is marked at $15, infant care at $6, drugs and medicine at $11.95.

HAVING A BABY LATER IN LIFE MAY INCREASE LONGEVITY, STUDY SUGGESTS

The 1955 bill would be equivalent to $610.69 in July 2021, according to the consumer price index inflation calculator from the U.S. Bureau of Labor Statistics.

Fox News reached out to a local hospital in Belleville, Kansas to inquire about the redacted bill, but did not immediately hear back.

HOW MUCH DOES IT COST TO RAISE A CHILD? 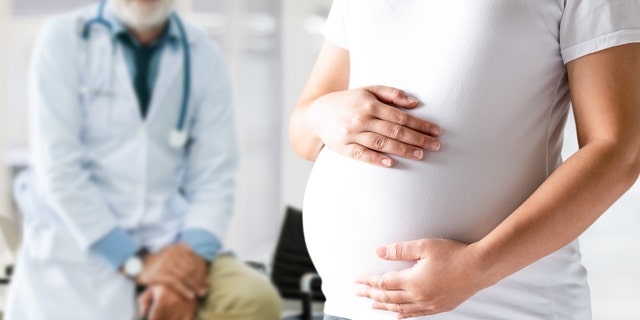 A redacted photo shared to Reddit is suggesting the cost of delivering a child and a three-night hospital stay in Belleville, Kansas was less than $60.
(iStock)

Commenters in the Reddit thread discussed the 66-year-old hospital bill at length. Hundreds of users shared personal stories about the hospital bills they’ve received to cover the delivery of their children.

“Just shy of $700k for me. 96 days in the NICU will do that though,” another Reddit user wrote, noting that their health insurance covered most of the cost. “I have a happy, healthy 4 year old now though, so it was worth every penny.”