The redesigned Ford Ranger has been revealed, but not all of it. 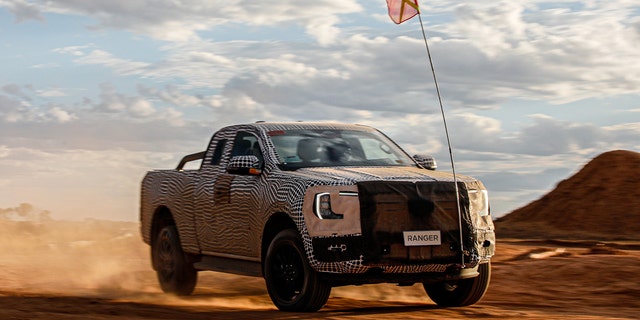 make has released the first images of the 2023 model in a camouflage wrap undergoing off-road testing.

The midsize style is shown in both SuperCab and SuperCrew body styles begin driven through varied terrain.

The Rangers shown are overseas market versions, but the Michigan-made U.S. trucks will share their styling and be built on an updated platform related to the one that underpins new Bronco SUV.

The new Ranger will be fully unveiled later this year and go on sale sometime during 2022.

To tide Ranger fans over until the new one arrives, the current generation is now available with a Splash appearance package that hearkens back to a model from the 1990s.