The newest Ford GT supercar is a tribute to the one that started it all. 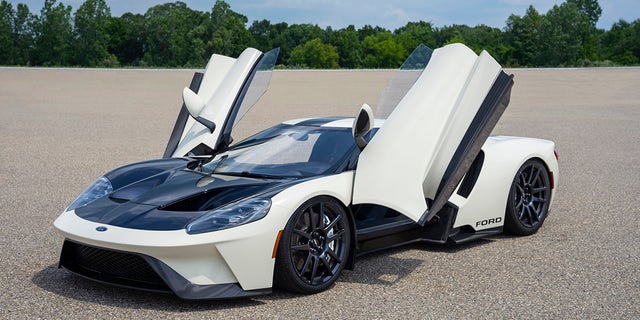 The GT ’64 Prototype Heritage Edition will be the final throwback version of the supercar.
(Ford)

The 2022 make GT ’64 Prototype Heritage Edition has been designed to resemble the GT40 test cars that first raced at the 24 Hours of Le Mans in 1964 and set the groundwork for Ford’s historic 1966 victory in the race, as recounted in the film “Ford v Ferrari.” 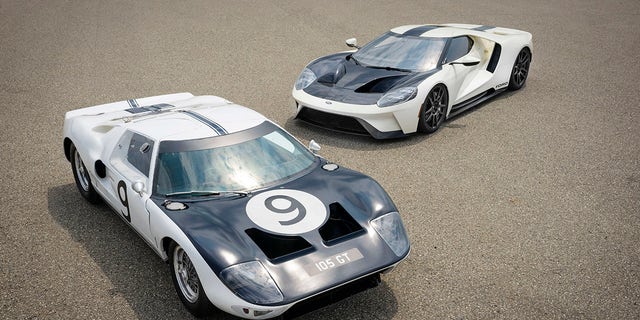 The $500,000+ coupe features a Wimbledon White exterior with Antimatter Blue graphics, carbon fiber wheels and interior accents. It’s the sixth and final tribute edition of the GT since it debuted in 2017. 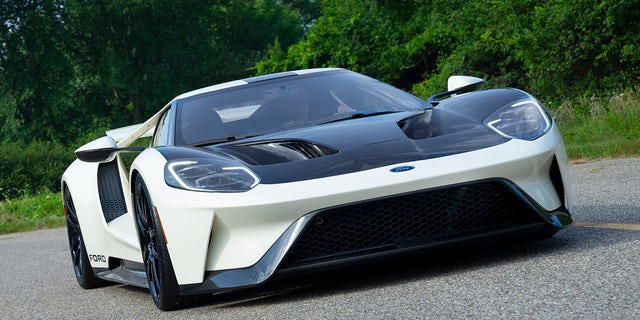 “This is the first Ford GT Heritage Edition that goes beyond celebrating race wins – this one goes deep, and honors the earliest of Ford supercar heritage,” said Ford GT program manager Mike Severson.

“The Ford GT ’64 Prototype Heritage Edition is a modern interpretation of the original, with no mistaking what this car is paying tribute to.” 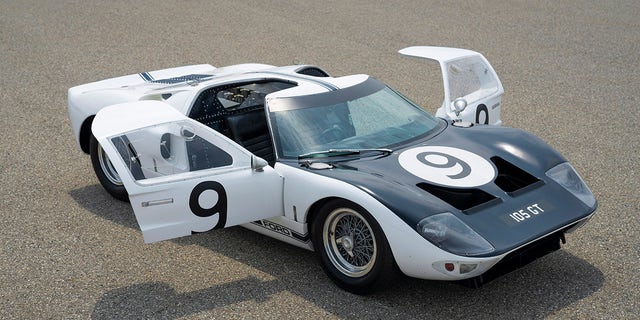 Five prototypes were built and only two remain with one still wearing its original livery. The cars entered in the 1964 and 1965 Le Mans races failed to finish, but Ken Miles picked up the GT40’s first win at the 1965 Daytona 2000 km race and took the checkered flag at the inaugural 24 Hours of Daytona in 1966 before Ford swept the podium at Le Mans later that year.

The heritage edition car is mechanically the same as the standard GT and equipped with a 660 hp turbocharged 3.5-liter V6 which can propel it to a top speed of at least 216 mph. It will make its public debut at the Monterey Car Week ahead of the start of production in January.