Thursday marks the last day that two eligible groups of people can register with the 9/11 Victim Compensation Fund (VCF) based on previously diagnosed illnesses related to the terror, terrorist attack on the new-york-city” target=”_blank”>World Trade Center<.

“We’re really imploring everyone to file as soon as possible to basically make sure you don’t miss out on the compensation that the government is providing,” Andrew Ansbro, who represents more than 20,000 active and retired firefighters as president of the New York City Fire Department (FDNY), told Fox News. 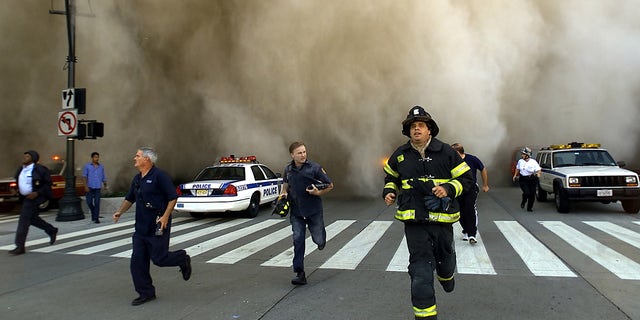 Policemen and firemen run away from the huge dust cloud caused as the World Trade Center’s Tower One collapsed after terrorists crashed two hijacked planes into the twin towers on Sept. 11, 2001, in New York City. (Photo by Jose Jimenez/Primera Hora/Getty Images)

Registering to file a claim and filing a claim are two different processes; the registration process ends Thursday evening for those two classes of people who lived, worked or went to school below Canal Street in lower Manhattan between Sept. 11, 2001, and May 30, 2002.

VCF expert Nick Papain, who represents more than 3,000 9/11 first responders and civilians stricken with WTC-related illnesses, said he is getting “calls from clients – first responders in particular – who were certified for a particular illness more than two years ago and … didn’t realize that the register for the [VCF] is separate and apart from enrolling in the [WTCHP].”

Those who died less than two years ago, therefore, have two years from their date of death to register with the VCF. But confusion surrounding the registration and filing process has made it too late for some to receive VCF support they or their families would have been eligible for.

Ansbro’s first fire as a New York City first responder was the 9/11 attack. He and members of his battalion “spent weeks” digging through rubble trying to locate fallen Lt. Robert Nagle.

“One of the firefighters who was with me, who actually retired … due to burns on his legs, he was there digging for weeks with us. He actually passed away two years ago, but … he was not registered. And because he was not an active firefighter, it was very hard to get his claims in because the paperwork wasn’t done,” Ansbro said. 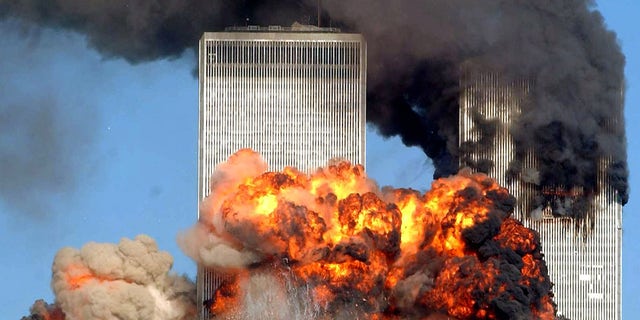 Hijacked United Airlines Flight 175 from Boston crashes into the south tower of the World Trade Center and explodes at 9:03 a.m. on September 11, 2001 in New York City. (Photo by Spencer Platt/Getty Images)

The illnesses survivors contract and the severity of those illnesses determine how much support they or their families are eligible to receive.

“Get your claims in now before it’s too late,” Ansbro warned.

The total number of people who count as 9/11 survivors, or those who lived, worked or went to school below Canal Street between the aforementioned dates, is around 100,000, Papain said. About 220 New York firefighters have lost their lives due to 9/11-related illnesses since the attack, Ansbro said.

By the end of 2020, the Victim Compensation Fund (VCF) awarded nearly $7.76 billion to more than 34,400 people, VCF Special Master Rupa Bhattacharyya wrote in the annual status report published in February. The fund was created in 2001 and reactivated in 2011 when President Barack Obama signed the James Zadroga 9/11 Health and Compensation Act of 2010.

The fund began to run out of money through the years, prompting President Donald Trump in July 2019 to sign The Never Forget the Heroes: James Zadroga, Ray Pfeifer and Luis Alvarez Permanent Authorization of the September 11th Victim Compensation Fund, which extended the VCF claim-submission deadline to Oct. 1, 2090, and allowed for the appropriation of “such funds as may be necessary to pay all eligible claims,” according to the fund.

Survivors and family members now have virtually unlimited time to file VCF claims as a result of the former president’s deadline extension.

Sept. 11 will mark the 20th anniversary of the 2001 terrorist attack on the World Trade Center.

Share
Facebook
Twitter
Pinterest
WhatsApp
Previous articleSheila Walsh: Simone Biles — I was shamed for putting my mental health first, too. I applaud her courage
Next articleSteve McQueen’s first Husqvarna motorcycle could sell for a small fortune