Fitness instructor Amanda Kloots is starring in her very first movie, just in time for the holiday season.

Kloots, 40, spoke with Fox News Digital about her upcoming holiday film, “Fit for Christmas,” and the inspiration behind creating a Christmas movie revolving around fitness. The film also stars Stephan Miers and Paul Greene.

“It was July of 2020, and my husband had passed a couple weeks before, and I was having a hard time sleeping in the middle of the night, of course,” Kloots shared of her late husband, Nick Cordero, who died after battling COVID-19.

“I woke up one night, and it was around like 3 a.m., and I turned the television on, and they were playing holiday movies to cheer people up at the time because it was such the height of the pandemic,” she continued. 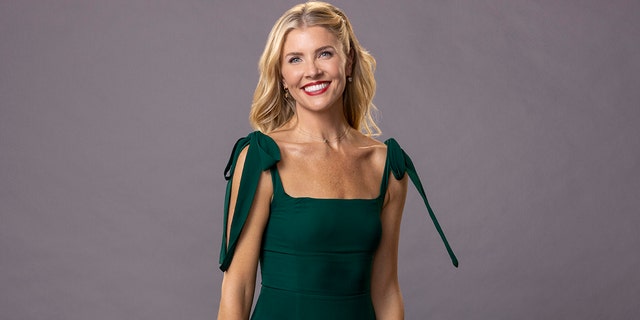 “The Talk” co-host recalled watching a holiday movie and getting an idea for her own film.

“You know, they’ve never done a Christmas movie with a fitness instructor. And why not? Like, people love staying fit, and especially during the holidays, it’s such a theme,” Kloots explained. 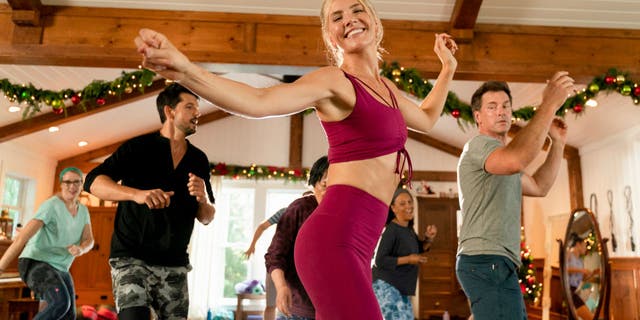 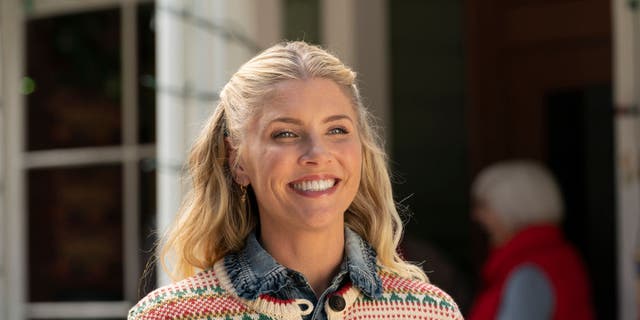 The fitness guru shared that “through the power of social media” she was connected to the now-writer of “Fit for Christmas,” who was alongside her during her pitch to CBS. Kloots is the co-creator, executive director as well as the star of the upcoming film.

“I was a little bit nervous,” Kloots admitted of stepping into the role.

“There’s a lot in this movie that is, you know, influenced by my own life. So, that was also fun and really fun to be a part of,” she continued. 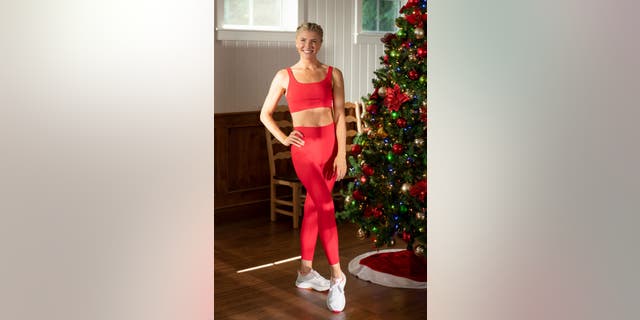 Although Kloots was on Broadway for 17 years, she said that she was widely considered a “dancer” in the theater world, which prompted her to hire an acting coach before the “Fit for Christmas” team began filming this past summer in Vancouver.

“I am beyond excited,” she said of the upcoming film. “I’m really, really excited for people to see it and also, you know, to have people see me in this new way, this new light.”

Kloots shared that she “fell in love” with acting, producing and the entire filmmaking process.

However, even though Kloots has ventured into new business avenues, she still puts a focus on her first business, Amanda Kloots Fitness. She continues to teach a fitness class via Zoom every Saturday, as well as the occasional in-person fitness class. 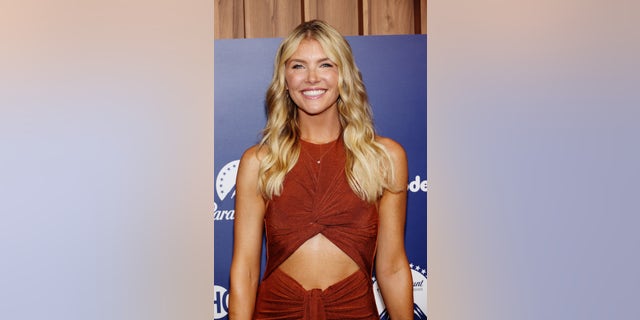 Amanda Kloots’ children’s book, "Tell Me Your Dreams," is expected to be released in 2023.
(David Livingston)

“I taught one in Vancouver while I was filming. Whenever I’m back in New York, I teach, and I’ll be teaching another one here in L.A. to celebrate the premiere of the movie,” she said.

Over the past few years, Kloots has made several transitions, both in her career and in her personal life. On top of her upcoming film, Kloots has been navigating becoming a single mom after Cordero passed in 2020. Kloots said she was determined to keep his memory alive for their son, Elvis, 3.

“Listen, grief is different for everybody. Sometimes it’s not easy for people to keep pictures up and play their music or watch their videos or talk about them,” Kloots said.

She noted that her family has become stronger by keeping Cordero’s memory alive.

“I love making him a part of our morning,” Kloots said. 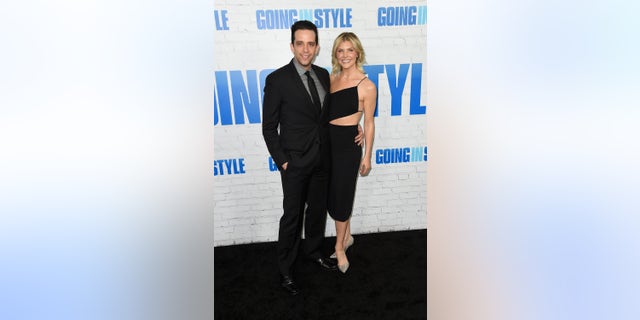 Nick Cordero lost his battle with COVID-19 in 2020. The late Broadway star is pictured with Kloots at the "Going In Style" New York premiere in 2017.
(Nicholas Hunt)

“’Did I listen to music first thing in the morning?’ That’s because Nick taught me that. I make sure that Elvis knows that when we go to bed every night, we hug Nick’s pillow, and we talk to Dad and tell about our day.”

Kloots compared the grieving process to an onion, that when you “cut a new layer off or peel a new layer, that opening makes you cry.”

“You can put that onion back in the fridge, and then the next time you need it for a recipe, and you slice off another layer, it’s going to make you cry,” she explained.

After the birth of Elvis in June 2019, Kloots fell in love with motherhood and decided that a dream of hers would be to write a children’s book. 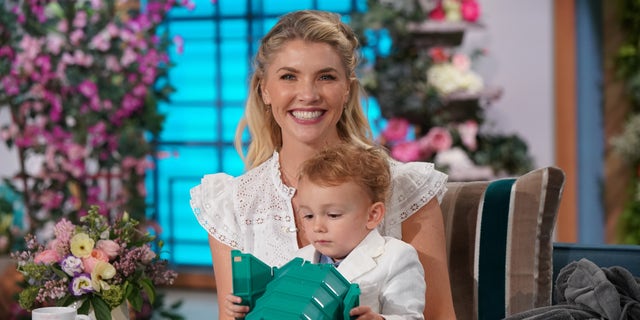 Amanda Kloots’ son, Elvis, makes his television debut on a special Mother’s Day show on "The Talk" in May 2021. Kloots and Cordero welcomed their son in 2019.
(Ron P. Jaffe)

“I was just trying to bring Nick into as many situations as possible for Elvis and in doing so created the children’s book,” Kloots said.

“Tell Me Your Dreams” is inspired by Kloots’ own bedtime rituals that she and her late husband shared with Elvis. The book is expected to release in April 2023.

“Fit for Christmas” debuts on CBS on Dec. 4.