The Arbery case: A breakdown of the charges

Jurors in the trial of the three men charged in the killing of Ahmaud Arbery must decide whether one or all of them is guilty of murder — a conviction that could send them to crime” target=”_blank” rel=”noreferrer noopener”>prison< grabbed guns and pursued Arbery in a pickup truck after seeing the 25-year-old Black man running in their neighborhood in the Georgia port city of Brunswick in February 2020. Neighbor William “Roddie” Bryan recorded cellphone video as he joined the pursuit. All three defendants are white. 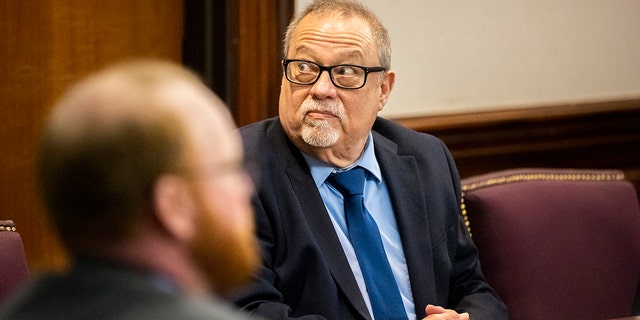 Greg McMichael, center, sits next to his attorney during the trial of Greg McMichael and his son, Travis McMichael, and a neighbor, William "Roddie" Bryan in the Glynn County Courthouse, Monday, Nov. 15, 2021, in Brunswick, Georgia.
(AP Photo/Stephen B. Morton, Pool)

WHAT’S THE DIFFERENCE BETWEEN MALICE MURDER AND FELONY MURDER?

Unlike many states, Georgia doesn’t have degrees of murder, but instead has malice murder and felony murder. Neither requires prosecutors to prove an intent to kill.

Malice murder is when a person “unlawfully and with malice aforethought, either express or implied, causes the death of another human being.” No evidence of premeditation is required.

Express malice involves an intent to kill. Implied malice is when the there is “no considerable provocation” and the circumstances of the killing “show an abandoned and malignant heart,” which essentially means the person has acted with extreme recklessness even if there was no intent to kill, said Georgia State University law professor Russell Covey.

Felony murder applies when someone who has no plans to kill intentionally commits another felony and a person dies as a result. The person must be convicted of the underlying felony to be found guilty of felony murder.

HOW CAN THERE BE FIVE MURDER COUNTS WHEN ONLY ONE PERSON DIED?

In this case, the prosecution is saying that the three men demonstrated “malice aforethought” when they illegally chased Arbery through the streets in pickup trucks and shot him. That’s the basis for the malice murder charge.

But they’re also saying that the three men intentionally committed four felonies — two counts of aggravated assault and one count each of false imprisonment and criminal attempt to commit false imprisonment — and each of those felonies caused Arbery’s death.

The McMichaels and Bryan could each be convicted of multiple counts of murder, which would then be merged for sentencing. 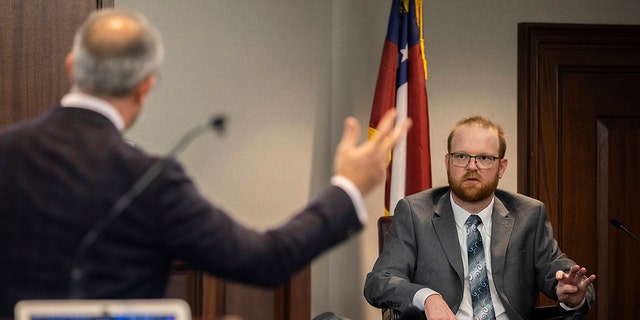 This photo shows the trial of Greg McMichael and his son, Travis McMichael, and a neighbor, William "Roddie" Bryan in the Glynn County Courthouse on Wednesday, Nov. 17, 2021, in Brunswick, Georgia.
(AP Photo/Stephen B. Morton, Pool)

WHAT ARE THE PENALTIES FOR MALICE AND FELONY MURDER?

“The sentence for felony murder and malice murder is exactly the same,” said University of Georgia law professor emeritus Ron Carlson. “It is a distinction without a difference in terms of punishment.”

Jurors in Georgia are not supposed to consider the potential penalty when deliberating on guilt or innocence, as sentencing is up to the judge. Many defense attorneys believe jurors should be allowed to consider the consequences of their decisions, particularly since they may be confused about the distinction between malice and felony murder and may believe felony murder is less serious and comes with a lower penalty.

Murder can also be punishable by death in Georgia if the killing meets certain criteria and the prosecutor chooses to seek the death penalty. Prosecutors in this case did not.

HOW CAN ALL THREE BE CHARGED WITH MURDER WHEN ONLY ONE SHOT ARBERY?

No one disputes that Travis McMichael is the one who fatally shot Arbery. But his father and Bryan are also charged with murder.

Georgia has a very broad “party to a crime” law. “That means if you aid or abet in any way a person who’s about to commit a homicide, you can be charged as the principal,” Carlson said.

Prosecutors are arguing that the actions of all three men led to the killing.

WHERE DO THE AGGRAVATED ASSAULT CHARGES COME IN?

The first aggravated assault charge alleges that Arbery was assaulted with the 12-gauge shotgun that was used to kill him.

The second alleges an assault using the two trucks, one driven by Travis McMichael and the other driven by Bryan. The indictment says pickup trucks “when used offensively against a person are likely to result in serious bodily injury.”

All three men are charged because they are considered parties to the alleged crimes. 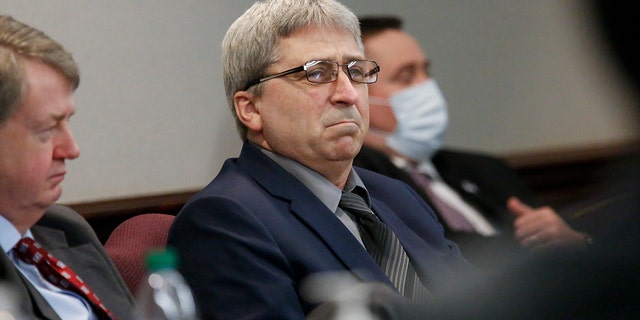 Defendant William "Roddie" Bryan looks on as the prosecutors make their final rebuttal before the jury begins deliberations in the trial of William "Roddie" Bryan, Travis McMichael and Gregory McMichael, charged with the February 2020 death of 25-year-old Ahmaud Arbery, at the Glynn County Courthouse in Brunswick, Georgia, on Tuesday, Nov. 23, 2021.
(Octavio Jones/Pool Photo via AP)

HOW CAN THEY BE ACCUSED OF FALSE IMPRISONMENT?

False imprisonment involves detaining a person against his will, and may be most commonly thought of in a scenario where someone is held in a room or other enclosed space.

In this case, prosecutors say the three men used the trucks to “unlawfully confine and detain” Arbery when they chased him through their neighborhood.

“If you interfere and detain a person who has a right to travel in a public way, you have committed false imprisonment,” Carlson said.

DO THE JURORS HAVE TO REACH AN AGREEMENT?

Yes. A unanimous verdict is required to convict or acquit someone in Georgia.