Breann Jones, Zack’s sister, noted that her brother has been through a lot, which is why she wrote a letter to Holzerland Protection Dogs, a pet service that gives quality Belgian Malinois, Rottweilers, and Thai Ridgebacks to those who seek protection dogs or to pursue competitive sport.

The company, owned by Brianna Holzerland, has trained dogs for law enforcement and personal protection for seven years.

Holzerland told Carley Shimkus that giving veterans dogs is a way to give back to the community and it recognizes the soldiers who sacrificed for the country so that American citizens can have freedom.

“My brother has seen a lot of things while he was over there and I feel like it is hard for veterans to express those things to people who have not been through those same experiences,” Jones said. 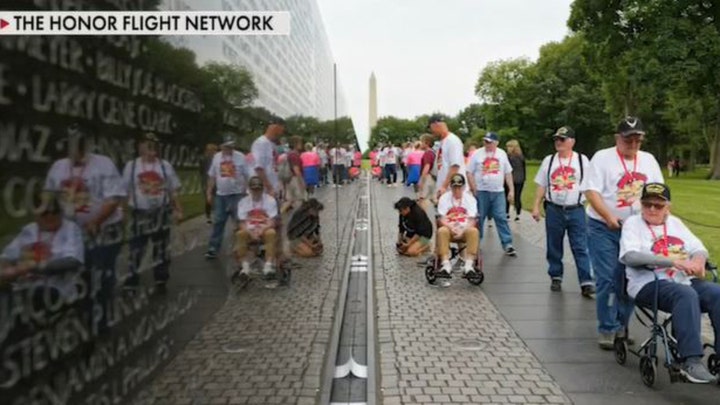 Standing at the 9/11 Memorial in New York City, Jones explained that the monument inspired him to become a soldier.

“This right here is what brought in a lot of the guys that were coaching me or brought me up as who I was as a soldier. I was in for a total of five years. I was medically retired. I did one tour to Afghanistan and then one to Syria. It was a calling of something I was going to do,” Jones said.