At least 9 injured in mass shooting outside Philadelphia bar: police

An investigation was underway in Philadelphia after nine people were shot outside a bar late Saturday night.

Shots rang out in the Kensington neighborhood around 10:45 p.m. outside a bar near Kensington and East Allegheny Avenues, FOX 29 Philadelphia reported.

It was initially believed that 12 people were struck, but Philadelphia police First Deputy Commissioner John Stanford confirmed in a news conference nine people were shot. Two of the victims are in critical condition and the remaining seven are stable.

FOX 29 reported the victims are a mix of men and women ranging from ages 23 to 49. 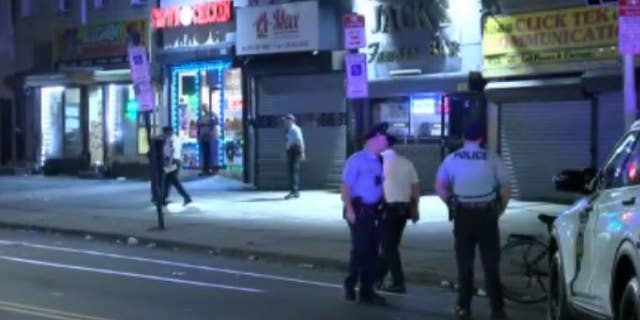 Philadelphia police officers stand outside businesses following a mass shooting outside a bar in the Kensington neighborhood.
(Fox 29 Philadelphia )

Stanford said officers were patrolling in the area when they heard heavy gunfire. Investigators at the scene marked at least 40 shell casings as evidence.

Stanford said the shooters were inside a black vehicle that was lingering in the area when they exited and began firing shots toward the sidewalk. The suspects immediately fled the scene.

Though a motive has not been determined, police believe the shooters were targeting someone outside the bar. 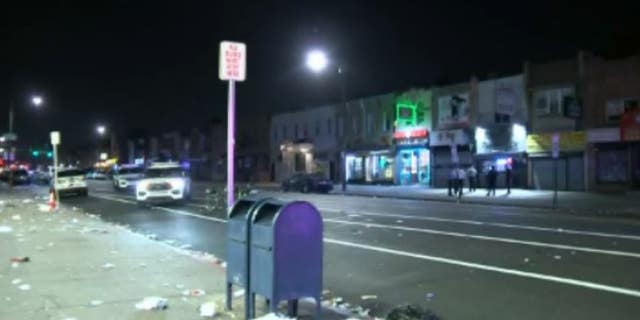 Trash lines the roads outside of businesses in Philadelphia’s Kensington neighborhood after a mass shooting Saturday night.
(Fox 29 Philadelphia )

“You should be able to walk through the city’s streets and not worry about gunfire,” Stanford told a reporter. 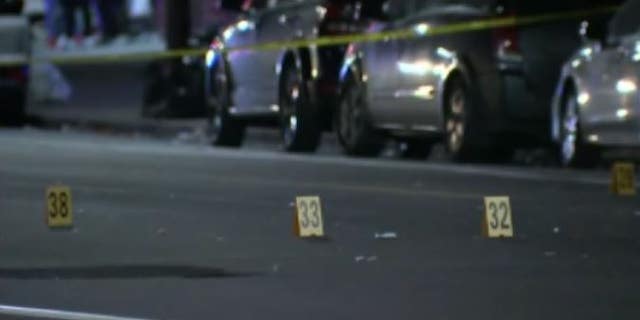 Police said at least 40 evidence markers were placed at a mass shooting scene outside a bar in Philadelphia, Pa.
(Fox 29 Philadelphia )

Anyone with information on the shooting or the suspects is encouraged to call police at 215-686-TIPS.

Fox News Digital reached out to Philadelphia police for more information, but have not yet heard back.