Tesla activates facial recognition cameras in its cars for safety

Smile for the camera!

Tesla has activated a facial recognition technology in its Model 3 and Model Y vehicles to ensure that the driver is in the seat and watching the road when using the cars’ advanced driver assist systems.

The two vehicles have always been produced with the cameras near the rearview mirrors, which Elon Musk initially said would be used to monitor for vandalism when their promised fully autonomous driving capability is launched and they are deployed as ride-hailing vehicles.

Tesla had been criticized for not using the technology after several reports of drivers riding in the front passenger and rear seats of the vehicles with no one behind the wheel surfaced.

Tesla’s Autopilot and Full Self-Driving features also require the driver to keep a hand on the wheel, but this method is easily spoofed by attaching a weight to it.

The current Model S and Model X do not have the camera, but new versions of both vehicles are entering production this year.

General Motors’ Super Cruise highway driving system has always been equipped with facial recognition tech and allows drivers to remove their hands from the wheel for extended periods as long as they are watching the road. 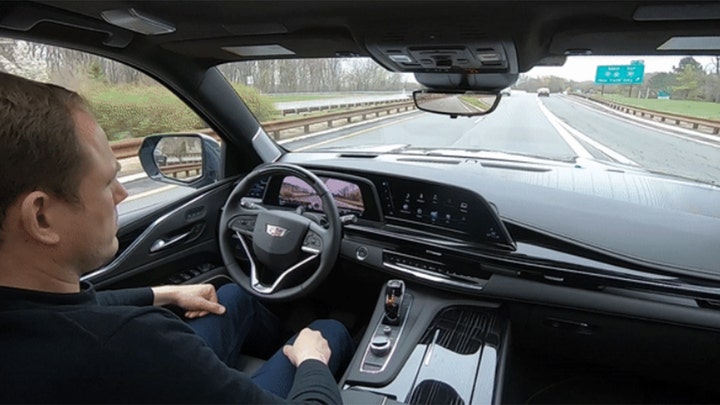 Tesla owners received a message in their cars about the update to assuage privacy fears which said “camera data does not leave the car itself, which means the system cannot save or transmit information unless data sharing is enabled.”

In March, Musk revealed that Tesla was collecting camera data from owners who were using a Beta version of the next software update for the Full Self-Driving system and revoked access from several who were caught misusing the system.