Spring’s sunshine may have arrived already, but is your outdoor livinga> space in tip-top shape?< and lifestyle expert Skip Bedell joined “Fox & Friends” on Friday morning to share some of his favorite outdoor grooming tools for the new season — and for these, no gasoline is needed.

Bedell showed off the EGO 42’’ ZTR ride-on mower — while his wife took it for a spin on Fox Square. It holds six ARC lithium batteries.

In today’s push toward all-electric, starting up a lawnmower with gas and a good crank is increasingly seen as old-fashioned (though plenty of us still do it).

Many of today’s high-quality, affordable machines are now battery-powered, such as EGO’s line of electric power tools, he noted.

GARDENING 101: 7 EASY FLOWERS TO PLANT THIS SPRING, PLUS THE TOOLS YOU’LL NEED

“If you’ve got a gas tool, now it’s like adding insult to injury,” he said. “Now you’ve got to go spend big money on the gas for the mower.” 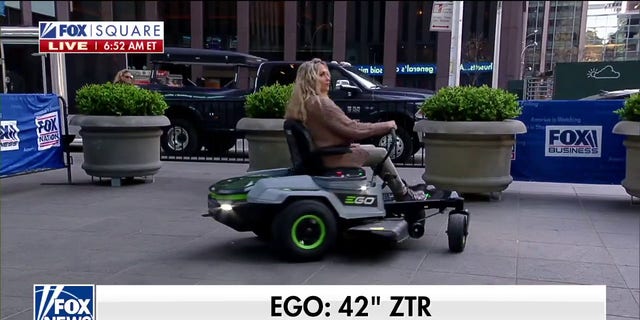 Bedell showed off the EGO 42’’ ZTR ride-on mower — while his wife, Alison, took it for a spin on Fox Square.

One charge is strong enough to mow up to two acres of grass, according to the expert.

Other brands such as Skil and Kobalt also produce electric tools that include push mowers, leaf blowers, power drills and circular saws — which all run on the same battery. 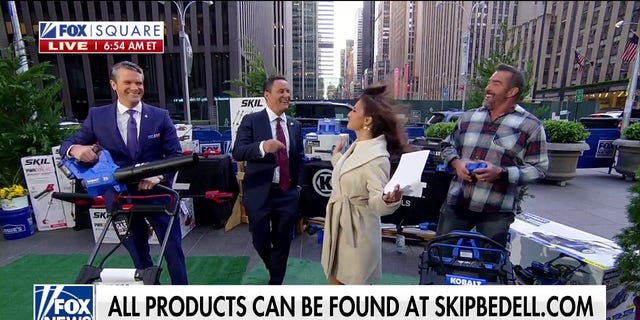 “So a new homeowner who maybe doesn’t have a big budget can, on one battery platform, get all the tools they need to do their DIY projects and mow the lawn,” Bedell said.