“When she last visited us in 2016, she promised us she would be back soon,” she added.

Three months after Murat’s daughter was born, her mother disappeared. “That little girl is now 3 years old, and she still hasn’t met her grandmother,” she said, on the verge of tears. “On her third birthday a few months ago, she pointed at my mom’s picture and asked, ‘Is she coming for my birthday?’ In that moment, I choked as if something was in my throat… I don’t know the answer to that question.”

“For over two years, we have had no information whatsoever as to why she was detained, her whereabouts, or her condition. But then in December 2020, we learned that she was sentenced to prison on fabricated charges in a sham trial,” Murat explained. The Chinese authorities sentenced her to 20 years in prison.

Abbas was not a famous scholar, a renowned intellectual, or even politically active. “She was a doctor, she was a healer, but she still was swept into this genocide,” Murat said. “It’s a nightmare I wish I could wake up from.” 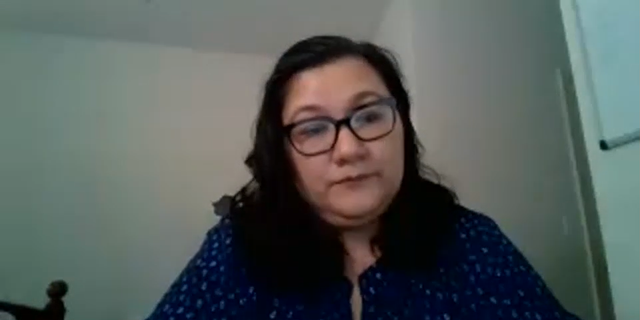 Murat recalled sleepless nights and vowed that she would do everything in her power to oppose the Communist tyrants who imprisoned her mother.

“The Olympics should be an event that symbolizes the value of humanity and the hope for international community. But this is simply not the case with the Beijing Olympics,” Murat said. She insisted that the Chinese Communist Party must not be allowed to host such an important event “while they are tearing families apart, separating the American grandbabies from their grandmothers.”

Olivia Enos, a senior policy analyst at Heritage’s Asian Studies Center, laid out the concrete steps that countries like the United States can take to deny the CCP the moral authority of hosting the Olympics without punishing American athletes.

Enos called on the U.S. government to launch an international bipartisan coalition to postpone and move the 2022 Winter Olympics to another location. She cited the ongoing Uyghur genocide, the Chinese government’s authoritarian crackdown in Hong Kong and its misinformation campaign during the COVID-19 pandemic.

If the U.S. government cannot pursue this postponement, for whatever reason, Enos presented a backup option: that diplomats only participate in the events surrounding the Olympics on conditions of transparency and the ability to provide relief to the Chinese people.

“Beijing should not be hosting the most prestigious sporting event in the world when they’re carrying out ongoing genocide and crimes against humanity,” Enos declared.

The Chinese Communist government has allegedly imprisoned 1 million members of the Uyghur Muslim minority in what Beijing defends as de-radicalization and retraining centers. Human rights activists have compared the camps to prisons and worse, claiming that inmates are sentenced there with little due process. Authorities have reportedly compelled Uyghurs to denounce their religion, language and culture to pledge allegiance to the Chinese Communist Party and President Xi Jinping. According to an Associated Press investigation, the CCP has forced Uyghur women to use birth control or undergo involuntary sterilization.