U.S. SEN. JOHN KENNEDY, R-LA: I think they’re just trying to create a distraction. They know what the answer to this is.

Go back to what we were doing in December of last year. Let America be energy-independent. We’ve got the reserves.

His reliance on foreign oil is causing gas prices to go through the roof. I think if many people won the lottery, the first thing they’d do is fill up their gas tanks.

I was out in California a couple of weeks ago, it’s 5 bucks a gallon out there. 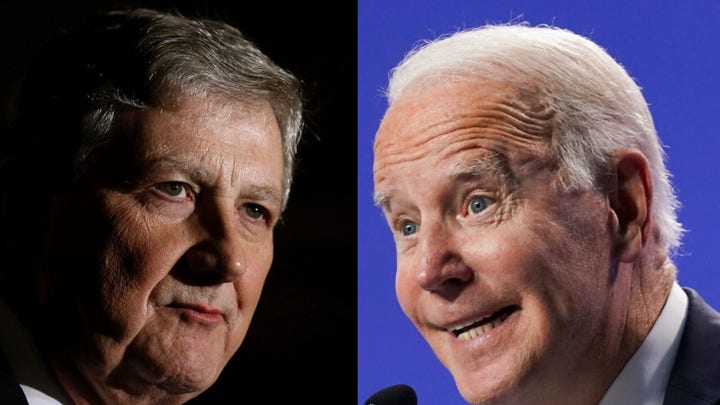