Arizona Attorney General Mark Brnovich ripped the executive for its handling of the immigration, Wednesday, arguing the “policy failures are on full display” as the crisis continues. Brnovich demanded politicians be held accountable on “America’s Newsroom,” urging officials to prioritize the needs of American taxpayers.

MARK BRNOVICH: The Biden administration’s policy failures are on full display and nowhere greater than our southern border, so someone needs to be held accountable. So you get the Biden administration and Pelosi and all these other… career politicians in D.C. saying something now, but my goodness, where have they been from literally day one when Joe Biden stopped building the border wall and I sued him? When he stopped deporting people with deportation orders, and we had to sue him? And when we led the Title 42 lawsuit and our lawyers from our office argued that in federal court and secured that temporary restraining order. So it has been the attorneys general, like myself, and some of my colleagues, that have actually kept the Biden administration in check and stopped further damage from this country. So it’s time for people like Secretary Mayorkas and whoever else in D.C. to stop talking and actually put the priorities of American taxpayers first.

WATCH THE FULL INTERVIEW FROM “AMERICA’S NEWSROOM” BELOW: 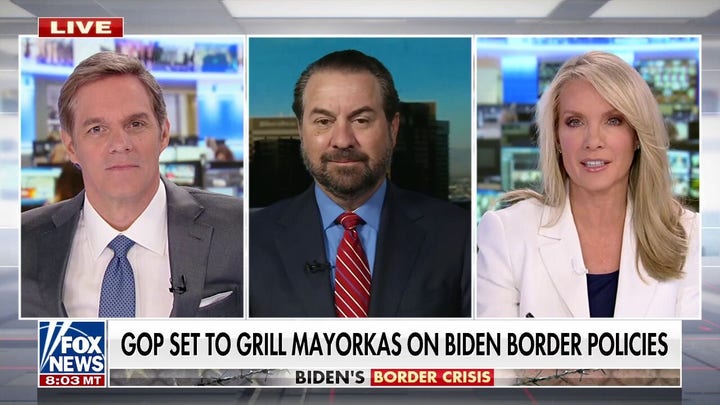