President Biden referred to a group of protesters as “idiots” while stumping for Democratic candidates in Illinois on Saturday.

The president delivered remarks at rally in Joliet, where he touted Democratic legislation to cap prescription drug prices and issued a scathing attack on Republicans, whom he has repeatedly accused of plotting to put Social Security and Medicare “on the chopping block.”

A group of protesters gathered outside the event, carrying signs that read “Socialism Sucks” and “Vote Pro-Life.” Another sign read, “Where’s Nancy,” words allegedly spoken during the incident where Paul Pelosi, House Speaker Nancy Pelosi’s husband, was attacked with a hammer.

“I love those signs when I came in,” Biden told his audience after defending Social Security and Medicare as a “promise” made to generations of Americans. “Socialism. Give me a break, what idiots.”

Biden traveled to Illinois as part of a campaign swing through deep-blue parts of the country to shore up Democratic turnout ahead of Tuesday’s election. The president has recently visited California and New Mexico, and will next travel to Pennsylvania this afternoon as polls show Republicans gaining strength in congressional districts Biden won decisively in 2020. 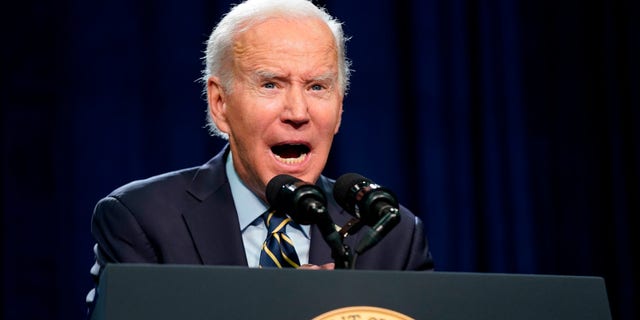 Fox News’ Power Rankings project Republicans to win at least a 19-seat majority in the House and list four Senate races in Arizona, Pennsylvania, Georgia and Nevada as “toss-ups” that will determine control of that chamber. 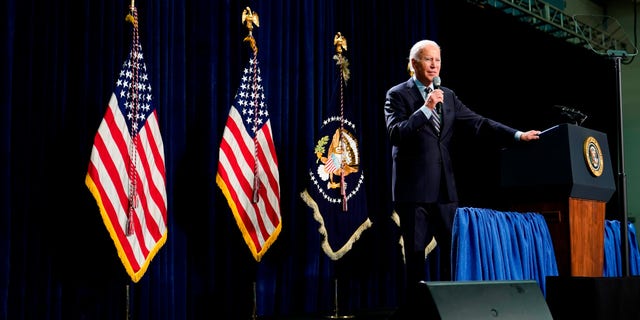 "I love those signs when I came in," Biden said. "Socialism. Give me a break, what idiots."
(AP Photo/Patrick Semansky)

Republican gains could be even greater if Democratic voter turnout is depressed, and so Biden and former Presidents Obama and Clinton have increased their public appearances to rally support for incumbents. They’ve pulled from the classic Democratic playbook, issuing scathing attacks on purported GOP efforts to cut Social Security and Medicare benefits. 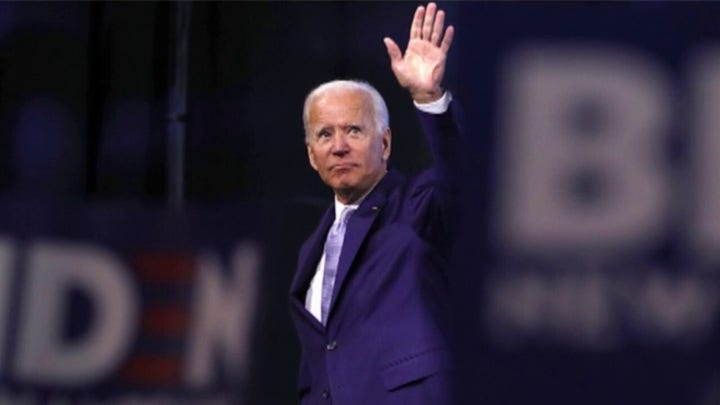 Biden called out Republican Sens. Rick Scott of Florida and Ron Johnson of Wisconsin in Joliet, repeating claims that fact-checkers have debunked about how they supposedly want to eliminate those long-standing entitlement programs.

“Who in the hell do they think they are?” Biden fumed at the podium. “I really mean it, think about it.”