The publication of the so-called Engel List fell like a bombshell in regions, containing the names of another former Honduran president, Porfirio “Pepe” Lobo Sosa, among more than 50 active lawmakers, top politicians and former officials in El Salvador, Guatemala and Honduras — the so-called “Northern Triangle” countries.

But one notable omission was Hernández, who was in power at the time but reeling from accusations that surfaced in the drug trafficking trial of his brother, ex lawmaker Antonio “Tony” Hernández, that his political ascent had been funded by bribes from drug traffickers. Tony Hernández was sentenced in New York in March to life in prison. 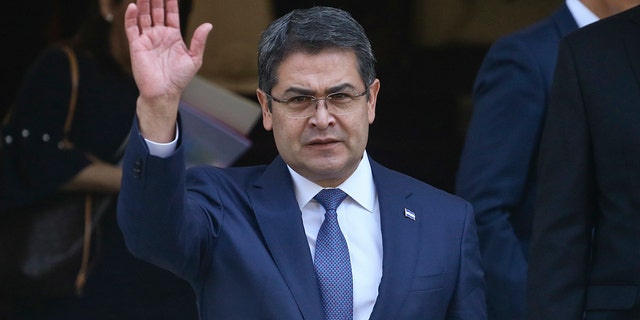 Individuals on the list are generally ineligible for visas and admission to the U.S.

“The United States’ commitment to fighting corruption and promoting democracy, rule of law, and accountability in support of the people of Central America is ironclad,” the State Department said in a statement, citing “multiple, credible media reports” that Hernández had engaged in significant acts of corruption by taking payments from drug traffickers.

With Hernández’s stepping down last month, the State Department considered it was no longer necessary to maintain secrecy, two people familiar with the sanction said on the condition of anonymity to discuss private deliberations.

Pressure has been building in Washington to go after Hernández as his successor, Xiomara Castro, seeks to improve relations with the U.S.a><

Hernández has likened prosecutors’ attention to a witch hunt fueled by the false testimony of confessed killers who were also key witnesses in his brother’s trial. 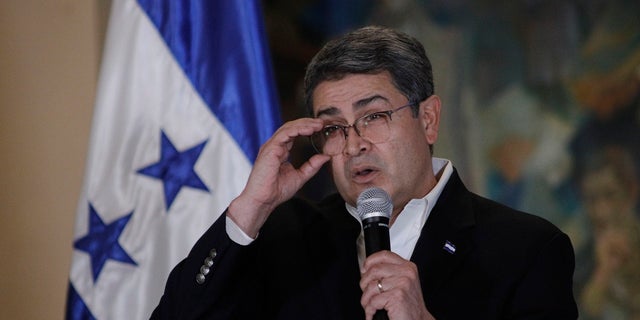 In a statement Monday, he touted his record for pursuing drug cartels, which he said had the support of the Drug Enforcement Administration among other federal agencies, and questioned why the designation was based on media reports.

He cited U.S. government reports showing that the flow of drugs through Honduras fell sharply since he took power and that under his rule 59 drug traffickers were either extradited or surrendered to U.S. authorities.

“These drug traffickers and confessed assassins used to fully dominate the country, but since my arrival to congress in 2010 and later as president since 2014 my government took decisions and executed actions that reduced considerably the flow of drugs that reached the U.S.,” he said.