Biden says house burned ‘with my wife in it,’ adding to long list of embellished stories 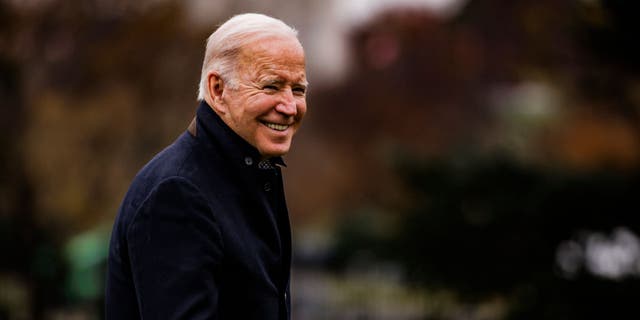 WASHINGTON, DC – NOVEMBER 21: U.S. President Joe Biden walks to the West Wing from Marine One on the South Lawn off the White House on November 21, 2021 in Washington, DC. (Photo by Samuel Corum/Getty Images)

Biden has recalled the story before, saying in 2013 that a fire “destroyed a significant portion” of his New Hampshire home.

However, a 2004 report from the Associated Press, archived by LexisNexis, said lightning struck the Bidens’ home and started a “small fire that was contained to the kitchen.” The report said firefighters got the blaze under control in 20 minutes and that they were able to keep the flames from spreading beyond the kitchen.

The president has a long history of exaggerating stories about himself. Most recently, he recounted for the fifth time during his presidency a heartfelt yet factually challenged story about an Amtrak employee during a speech in New Jersey. The employee Biden frequently mentions actually died a year before the story was said to have taken place. 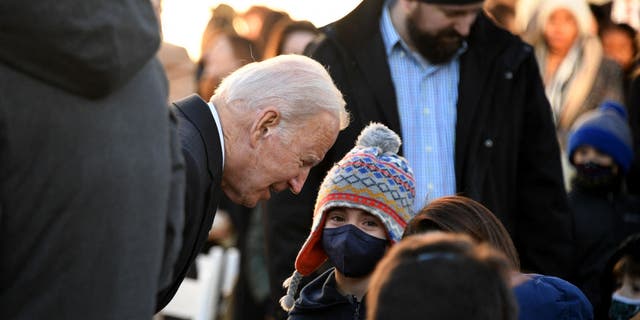 US President Joe Biden greets attendees during the White House Thanksgiving turkey pardon in the Rose Garden of the White House in Washington, DC on November 19, 2021. (Photo by OLIVIER DOULIERY/AFP via Getty Images)

Last year, Biden had to walk back repeated claims that he was arrested in apartheid-era South Africa while trying to visit Nelson Mandela. He later admitted that he was not arrested but “stopped” by authorities.

In 2019, Biden told a crowd of college students a harrowing story about a Navy captain in Afghanistan that was later debunked by The Washington Post.

In 2013, Biden said he heard the gunshots of an Amish schoolhouse shooting that killed five students while playing golf nearby in Pennsylvania in 2006. The Washington Times poured cold water on the claim at the time, reporting that no golf course in the area had any record of hosting Biden.

In 2008, Biden said his helicopter in Afghanistan was “forced down” by Al Qaeda insurgents on “the superhighway of terror.” The Associated Press later reported that a snowstorm, not the enemy, forced the pilot to land. 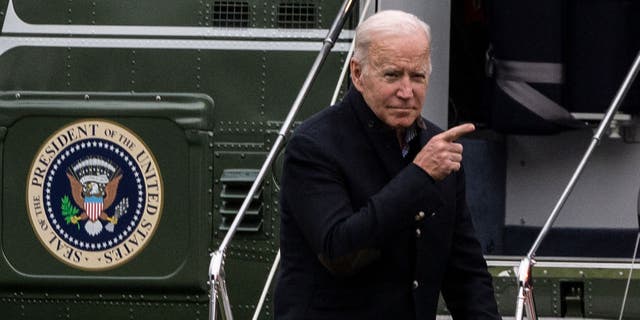 US President Joe Biden points before walking to the Oval office after getting off Marine One on the South Lawn of the White House in Washington, DC on November 21, 2021. (Photo by ANDREW CABALLERO-REYNOLDS/AFP via Getty Images)

In 2007, Biden said he had been “shot at” during a trip years earlier to Iraq. He later clarified that he was “near where a shot landed.”

Biden’s tall-tale telling came to light during his first presidential campaign in 1988, which he eventually withdrew under the weight of multiple plagiarism allegations. During that campaign, he also falsely claimed that he attended law school on a full scholarship and graduated in the top half of his class, which he later admitted was untrue. He also said at the time that he “marched with tens of thousands” of people during the Civil Rights Movement, but that also turned out to be false.