Towards the beginning of his speech, Biden told the mostly Black audience at the historically Black university that – despite them not having the endowments other schools have – they were “just as smart” and “just as bright.” 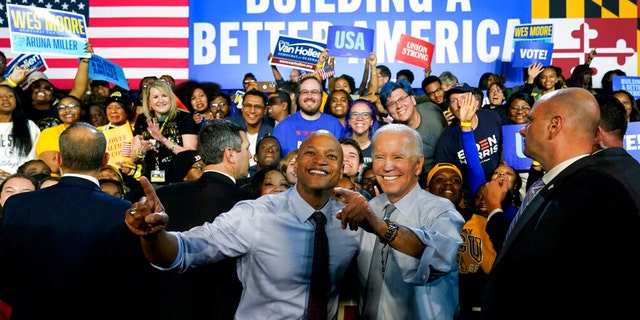 “You’re just as good as any college in America,” Biden said, adding that the federal government had put aside nearly $6 billion for HBCUs.

Biden’s remarks recalled his comments on the campaign trail in the summer of 2019 when he told a crowd in Iowa that “poor kids are just as bright and talented as white kids.”

Later in his speech Monday night, Biden seemed to forget the name of the candidate he was stumping for.

“And, of course, you got that next governor. What’s his name? Wes… Wes…,” Biden said, turning to the audience as they held up “Wes Moore” signs, looking as if they were trying to help him out.

He continued: “He’s a combat veteran and a Rhodes scholar. I’ve always worried about Rhodes scholars, though. They’re so damn smart. I wonder about it, you know?”