EXCLUSIVE: Rep. Andy Biggs, R-Ariz., on Tuesday criticized what he described as “unacceptable” restrictions on Immigration and Customs Enforcement (ICE), accusing the Biden administration of seeking to dismantle interior enforcement with rules that limits arrests and deportations.

“Your actions to limit U.S. Immigration and Customs Enforcement (ICE) ability to enforce immigration law are unacceptable and must be reversed,” Biggs said in a letter to Homeland Security Secretary Alejandro Mayorkas. “Limiting enforcement of immigration law is an affront to the rule of law and an insult to the American people and the millions of immigrants who have come to our country legally.”

The Biden administration in February issued new guidance dramatically narrowing the rules by which ICE officers target illegal immigrants for arrest and deportation. It came as an initial effort to impose a moratorium on deportations was blocked by a federal judge.

The new rules, which are still in place, limit ICE officers to targeting recent border crossers, national security threats and “aggravated felons.” While officials note that technically no one is ruled out of being deported, ICE officers who want to arrest someone outside of those categories need prior approval from a superior.

Separately, the Department of Homeland Security (DHS) has also now barred ICE from making arrests at or near courthouses.

The moves by DHS have coincided with a drop in ICE arrests and deportations. Deportations removed less than 3,000 illegal immigrants in April, and there were just  2,837 arrests by ICE in May, down from 6,070 in December.

Internal emails showed that ICE officials predicted in January that arrests would drop by 50%. 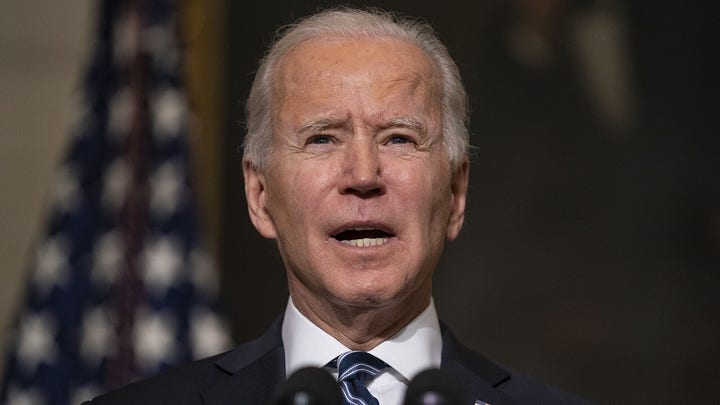 The temporary guidance has not been replaced by anything more permanent and Mayorkas says he wants to make “significant changes” to ICE after a review of the agency and priorities is complete.

“What those changes will be, I am wrestling with right now, quite frankly,” Mayorkas told The Washington Post.

GOP REP WARNS ‘NO OPERATIONAL CONTROL’ OF BORDER AFTER SEEING MIGRANTS STREAM IN, BOARD FLIGHTS

Biggs said that the statement “is clearly your opening salvo in your dismantling of immigration enforcement in the interior of the United States. This must not occur.”

“That statement is false. Effective law enforcement should be measured quantitatively and qualitatively. The American people expect ICE to enforce the law,” he wrote. “ICE should be seeking orders of removal for all aliens in immigration proceedings who are not clearly eligible for relief and removing all aliens with final orders of removal.”

Biggs, in his letter, requests from Mayorkas statistics on how many immigrants with final orders of removal are on ICE’s non-detained and detained dockets, and how many cases ICE has agreed to dismiss due to the guidance.

The Biggs letter marks the latest pushback from Republicans against the Biden administration’s guidance. A number of states have sued to block the guidance, warning it puts states in danger from criminal illegal immigrants.

Republicans have blamed the administration’s policies for the surge in numbers at the border, along with other policies like the ending of border wall construction and the stopping of the Remain-in-Mexico policy.

The Biden administration has instead blamed “root causes” like violence, poverty and climate change in Central America — with Vice President Kamala Harris visiting the region to unveil a range of initiatives last month.