Bill Maher, Andrew Sullivan pan newsrooms for caving to 'woke' mobs: 'They don't have the b—s to say no'

“Real Time” host Bill Maher and “The Weekly Dish” Substack writer Andrew Sullivan torched what they viewed as the inability of newsroom editors to stand up against “woke” mobs.

“You were at New York magazine, but you kinda quit them because newsrooms right now have become a place where you used to be fired by the editor or the owner,” Maher began the exchange. “Now you’re fired because of the ‘woke’ in the newsroom, right? You have to conform to the one true opinion or they don’t even want you in the building.”

“It’s a complicated thing because actually I was fired. I was given four days’ notice. I was nominated for a Pulitzer one year. The next year, fired,” Sullivan responded. “Not for anything I wrote but because I wasn’t going to go along with their woke agenda.

“They knew that. … I don’t why it’s so terrible to have someone in a magazine or in a complete mix of things, to have someone — a dissenter in a magazine. It’s fun, right? I mean, that’s the whole point! I grew up wanting to debate, wanting to argue. … What was the problem? Afterward, we got together, we’d have a nice drink, we’re totally cool about it!”

“And it’s not like you’re very conservative!” Maher chuckled.

MAHER TORCHES BIDEN’S AFGHAN WITHDRAWAL: ‘THE ADULTS ARE BACK IN CHARGE’ AND SOMEHOW ‘F— IT UP?’

Sullivan, a former columnist for New York magazine and author of “Out on a Limb,” explained that newsroom editors are “responding to social media” and how Twitter “creates these online mobs” to pressure editors to fire writers “even if the editors are fine with the writer.”

“The real problem with this is not so much the woke and online media — because they are awful and they should be ignored but they aren’t — it’s the point of the people running these institutions,” Sullivan told Maher. “Liberal institutions, universities, magazines, newspapers, they don’t have the b—s to say no! ‘We do believe in the plurality of views, we are going to defend unpopular writers.’ Free speech means nothing!”

“Liberal institutions … don’t have the b—s to say no! ‘We do believe in the plurality of views, we are going to defend unpopular writers.’ Free speech means nothing!”

The writer then took aim at universities for urging students to be identified “not as individuals but as members of a race and gender” and how various news organizations hired young people “straight out of these colleges” in an effort to save money while sacrificing principles like “due process,” “finding out if something is true or not before you condemn somebody” and “taking a person’s whole body of work into account instead of one single thing you’re going to get damned for forever.”

“And that’s why I did this book. I wanted to say, ‘Look, you’re making me out to be like some crazy-ass right-winger. Look at my work! Look at it!  It’s much more complicated than that and you might find you agree with lots of it,'” Sullivan exclaimed.

“They used to agree with it,” Maher reacted. “I know you’ve written a lot about how we seem to be giving up on the idea of a colorblind society, which used to be the goal. It’s like we didn’t change, you changed. I still think that should be the goal.”

“It is the goal, it must be the goal,” Sullivan agreed. “Our humanity matters more than the part of humanity we’re from. In America, of all places, the most multi-racial, multi-cultural society on Earth, will not survive if we’re constantly in warfare between groups or genders.”

“America … will not survive if we’re constantly in warfare between groups or genders.” 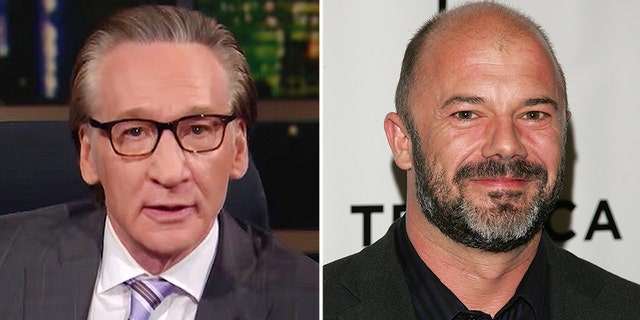 Sullivan went on to argue that while “we absolutely should acknowledge that this country has a racist history that needs to be confronted directly,” the solution is not defining racial oppression as the “single meaning of America,” nor setting “1619” as the real founding year of the nation instead of 1776.

“We are also about so much else. We’re about religious freedom, we’re about freedom of speech, we’re about the empowerment of minorities,” Sullivan said.

“You go anywhere in the world … do you think the Chinese are less racist than we are? Do you think the Russians are? It’s a miracle what we do in this country!” Sullivan exclaimed.

Sullivan exited from New York magazine in 2020 after a “critical mass of the staff and management” at the magazine and its parent company Vox Media “no longer want to associate with me.”

“They seem to believe, and this is increasingly the orthodoxy in mainstream media, that any writer not actively committed to critical theory in questions of race, gender, sexual orientation, and gender identity is actively, physically harming co-workers merely by existing in the same virtual space,” Sullivan wrote last year. “Actually attacking, and even mocking, critical theory’s ideas and methods, as I have done continually in this space, is therefore out of sync with the values of Vox Media. That, to the best of my understanding, is why I’m out of here.”