Many have reacted to the news that the founders of Black Lives Matter lavishly spend donated money on luxury mansions by asking: How can Marxists behave this way? One activist was even quoted as saying that this must mean they are capitalists. This reaction, though, is based on a complete misunderstanding of Marxism and capitalism.

The BLM organizations raise money in the name of social justice, but to them that does not mean helping individual Black Americans improve their lives. What it means is fundamentally altering the American system, and imposing Marxism, an alien ideology with a 100 percent rate of failure, on our country.

The very concept that Black lives do indeed matter, has always been the group’s greatest strength. At the same time, it has also become its Achilles heel.

Who could oppose the idea that lives of our Black fellow citizens matter? On the other hand, when your actions make clear that your goals are something different people will start asking tough questions. 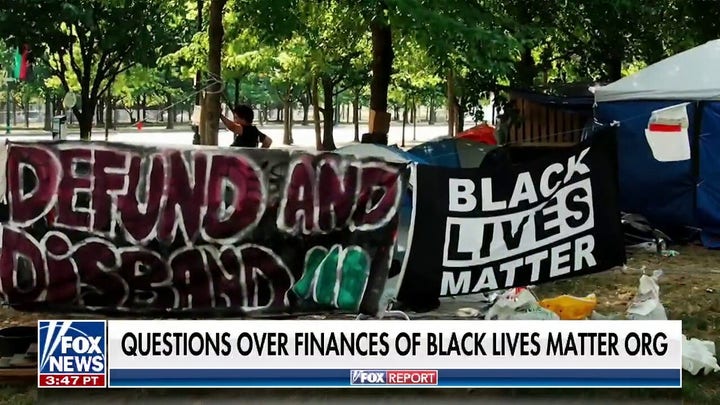 And people are asking questions. They include people like Michael Brown Sr., the father of Michael Brown and Lisa Simpson and Samaria Rice, the mothers of Tamara Rice and Richard Risher. All three had children killed by police in situations that BLM claimed showed the anti-Black bias of law enforcement. They have each complained that they haven’t seen a penny from BLM.

Brown’s declarations are the most poignant since it was after his son’s shooting in Ferguson, Missouri in 2014 that BLM emerged into a nationwide organization with real political muscle. He released a video in 2020 asking where the money had gone that raised off of his son’s name. 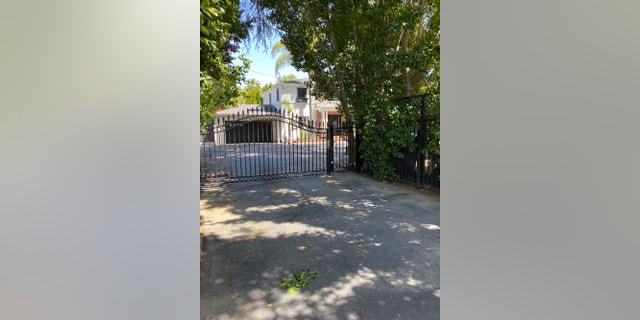 The two mothers, meanwhile, have called on The Black Lives Matter Global Network Foundation (BLMGNF) to stop capitalizing on their tragedy. “We don’t want or need y’all parading in the streets accumulating donations, platforms, movie deals, etc. off the death of our loved ones, while the families and communities are left clueless and broken,” they wrote in a statement. “Don’t say our loved ones’ names period! That’s our truth!”

Just where is all that money? New York magazine broke the news last week that BLMGNF had purchased a $6 million California mansion and went through great duplicitous lengths to keep it hidden.

The Washington Examiner’s Andrew Kerr meanwhile revealed earlier this year that BLMGNF had also spent $8 million a Toronto mansion that had been the headquarters of the Communist Party of Canada.

This comes atop revelations last year that BLM co-founder Patrisse Cullors had bought several other mansions worth millions. 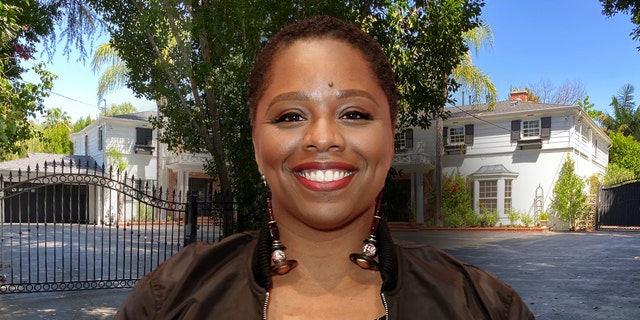 Black Lives Matter co-founder Patrisse Cullors is under fire for using donations to purchase $6 million dollar mansion. The photo of Patrisse Cullors in the illustration above is from the Teen Vogue Summit 2019 at Goya Studios on November 02, 2019 in Los Angeles, California.
(Photo by Rachel Murray/Getty Images for Teen Vogue)

The Internal Revenue Service hasn’t the foggiest where the rest of the money is. We are not talking about chump change here. The Black Lives Matter Global Network Foundation (BLMGNF), the flagship of BLM, itself affirmed that it raised over $90 million during the George Floyd riots of 2020.

But as Fox Business’ Danielle Wallace reported in February, the attorneys general of California and Washington State have had to suspend BLMGNF’s fund-raising capacity because it is delinquent on its 2020 financial reports.

The mainstream media has finally had to report on this story, because it became a farce that they hadn’t. So even the Washington Post’s Karen Attiah is now asking, “Do they think we’re stupid? For years, people marched, got tear-gassed, donated and literally put their lives on the line in the hopes of Black emancipation — not a Black influencer McMansion.”

Patrisse Cullors years ago told anyone who would listen that she and BLM co-founder Alicia Garza are “trained Marxists.” They are indeed, trained by committed communist theoreticians intent on bringing down America.

The problem is much deeper. For years, Attiah and most other journalists have hidden the truth about BLM.

The goals of Cullors, Alicia Garza, Opal Tometi, Melina Abdullah, and the other founders of BLMGNF have always been evident —at least to those listening.

Garza was very clear about her all-encompassing goal when told a gathering of Marxists in Maine in 2019, “We’re talking about changing how we’ve organized this country … I believe we all have work to do to keep dismantling the organizing principle of this society.” 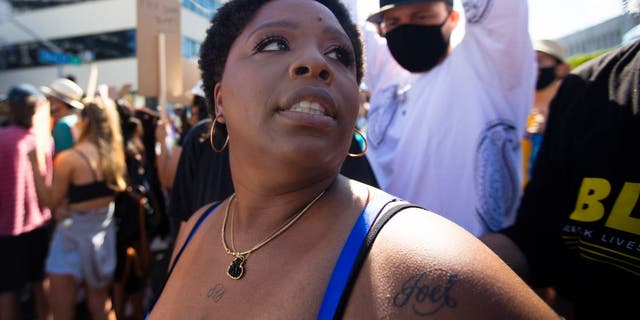 FILE – HOLLYWOOD, CALIF., JUNE 7, 2020:  Patrisse Cullors is one of the three co-founders of the Black Lives Matter movement. She participated in the march in Hollywood, Calif., on Sunday June 7, 2020.  (Francine Orr/ Los Angeles Times via Getty Images)

You got that? This is what they mean to do, a root-and-branch transformation of everything American, so that when they are finished, the only thing that will be left the same will be the name, if that. Just to make sure that everyone understood, our very home-grown Vladimir Lenin spoke plainly about power.

“Power is very much about deciding who gets to make decisions and who doesn’t,” Garza told the enthralled Maine leftists. “Power is about deciding where resources go and where they don’t go, and why.” Capitalism, she says, is racist. 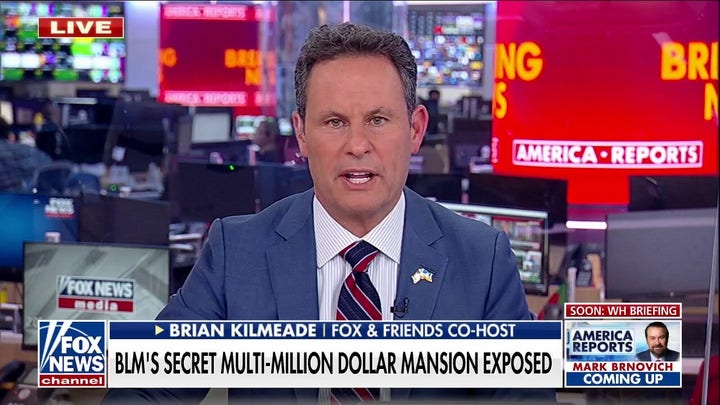 When I associate Garza with Lenin, the leader of the revolution that made Russia communist in 1917, I am not being gratuitous.

Cullors years ago told anyone who would listen that she and Garza are “trained Marxists.” They are indeed, trained by committed communist theoreticians intent on bringing down America.

Cullors approach is also total. In a video that has now mysteriously gone private, she said the organization doesn’t just want to defund police – it is intent on “getting rid of police, prisons and jails, surveillance, and courts.” 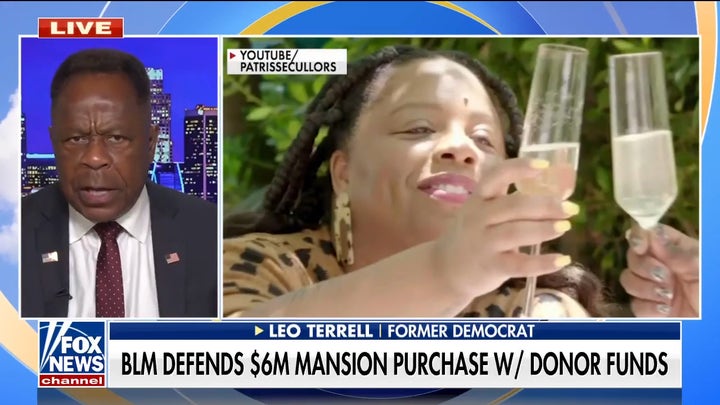 No society survives that, and they know it.

Abdullah, the daughter and granddaughter of committed communists, meanwhile tweets with disdain, “It does not hurt my feelings when white-supremacists call me a Marxist. I’d be much more upset to be dubbed a capitalist.”

Activist Keyanna Celina told New York magazine that after the revelations of mansion purchasing, “I think it is important, concerning Black Lives Matter, that they more or less be identified as capitalists.”

Er, no. Stalin, Brezhnev, Andropov, Chernenko and all the other leaders of the Soviet Union all had their country dachas. Don’t be fooled, they loved their beautiful homes but they also hated capitalism and never gave up the Marxist fight.

BLM’s leaders haven’t become capitalists or changed their minds about overthrowing the American system. It’s just more comfortable to plan the revolution from inside a $6 million mansion.

Share
Facebook
Twitter
Pinterest
WhatsApp
Previous articleFormer Disney star Christy Carlson Romano on finding her voice away from Hollywood: ‘I was fearful of leaving’
Next articleUkraine war is a 'perfect storm,' threatening food, energy, and debt crises across the globe: UN report