Sean Young is proud to no longer call Hollywood home.

The actress, known as femme fatale Rachael in Ridley Scott’s sci-fi classic “Blade Runner,” told Fox News Digital she has been at peace living in Atlanta, where she can pursue films on her terms.

“I bought a townhouse in Atlanta, and I live very close to a yoga studio,” said the 62-year-old. “I can just walk out of my door and go over to yoga without having to get in a car. And where I live, I don’t have to get in a car very often. I can just ride my bike everywhere. It reminds me of when I used to live in Santa Monica. When I lived in New York, I didn’t ride my bike as much as I used to because everything was so close to where I was.” 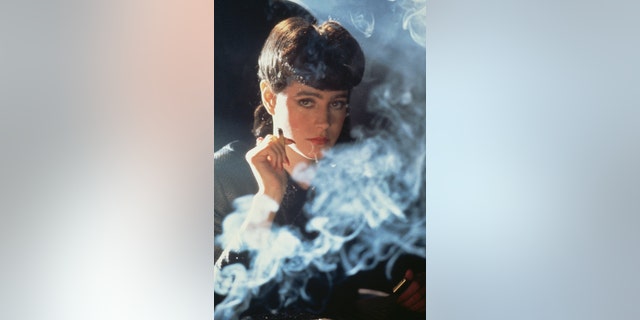 “You know, I’m at peace,” she shared. “Life is very pleasant. It’s not the life I once had, which was very stressful. There’s big business here. There’s a lot of show business here, and I think more people are migrating here. And I have a lot of support. I have a good fan base. Maybe some of the misconceptions that still exist about me are out in Hollywood with people who may have disliked me the couple of times I got drunk when I shouldn’t have. But I don’t have that problem today.”

Young is eager to travel the high seas and connect with fans. Turner Classic Movies previously announced that Young, along with Chevy Chase, Lainie Kazan, Deana Martin and other stars will set sail on the TCM Classic Cruise from Nov. 12-17. The Disney Dream cruise ship will travel from Miami to Grand Cayman and Castaway Cay, Disney’s private island in the Bahamas. Attendees will participate in film screenings, special fan events and in-depth interviews.

Young is aware many will want to ask her about “Blade Runner,” the 1982 film that skyrocketed her to fame. 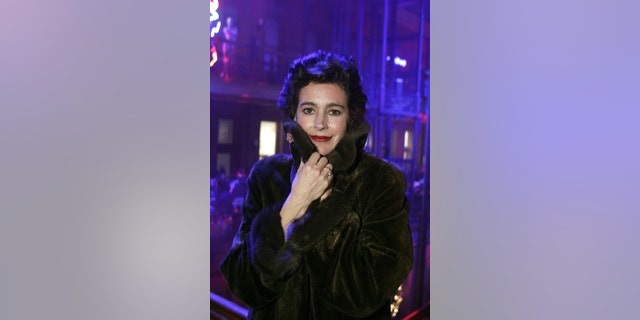 “I’m proud of my work,” she said. “I had a great time working with Harrison Ford. He’s mellowed out over the years… I remember the first day on set, I was so nervous. I remember I had to say a line like 25 times until Ridley Scott finally said, ‘Let’s move on.’ But I was really worried. It all worked out though.”

Fans were surprised that for the film’s sequel, 2017’s “Blade Runner 2049,” Young was handed a mere 30-second hologram cameo.

“I got paid and that was it,” she said. “The issue is that guys get as old as the hills, and they keep getting roles. But once a woman gets a little old, she doesn’t have the same security. I was just basically glad to be a part of it. It would have been nicer to have a bigger part, but that’s sort of obvious.” 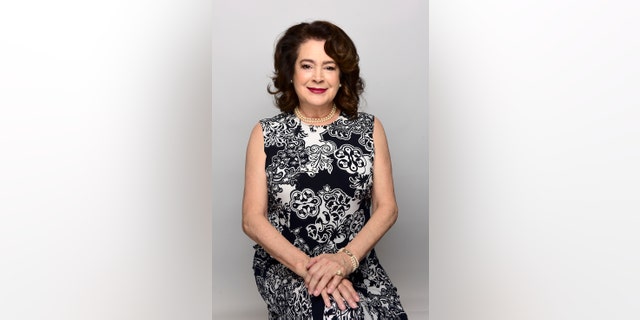 Sean Young said she is "at peace" living in Atlanta.
(Photo by Vivien Killilea/Getty Images for IMDb)

“I think that’s just show business,” she continued. “People want to see pretty young girls in the parts… It’s not like the younger parts should be curtailed at all. I think there are lots of up-and-coming actresses who are really awesome and talented. But you also want to see people progress because we all do in life. You see women like Helen Mirren, Meryl Streep and Shirley MacLaine doing complex, wonderful roles. But I imagine they also had to fight for those roles. If there were more parts available, you would see more women employed in other parts. But you also need the right kinds of people producing it. The money needs to be available. I think everything can always improve. I don’t think it’s been any better at any other time than it is now… It could be better. It could always be better.”

In the ‘80s, Young appeared in films like “No Way Out” and “Wall Street.” However, she later became branded as difficult to work with, and she claimed powerful men in the industry derailed her career. While on VH1’s “Celebrity Rehab,” Young described how she turned to alcohol to cope. Young insisted she is now sober.

In 2021, Young told the Daily Beast she “did make men nervous, and for no particular reason.” 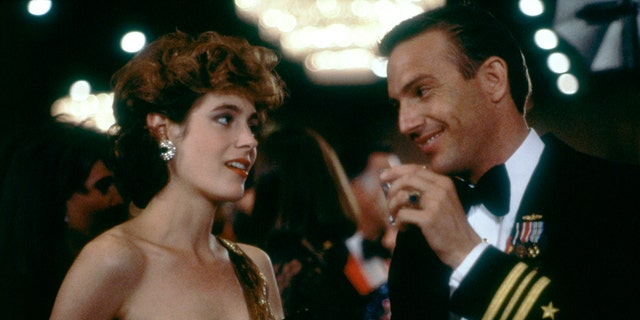 Sean Young, left, and Kevin Costner on the set of "No Way Out," based on the novel by Kenneth Fearing and directed by Roger Donaldson.
(Photo by Orion Pictures/Sunset Boulevard/Corbis via Getty Images)

“Maybe there was a reason,” she chuckled. “But I don’t know. I think the thing that I may not have been aware of at the time is that it might have been a better strategy to not be as willing to share my opinions and let people ask me first.”

When asked if she still felt the same way about herself today, Young replied, “I think I do.”

“I think if you’re in a stronger position, and you wait to be asked how you feel about things, people are ready to listen,” she explained. “Now, people that I work with ask for my opinion all the time. They beg for my opinion. I always say, ‘This is how I think about it.’ And I get a lot of respect from people that I’ve worked with. I’ve done this for a long time and I’ve always been a good observer. I’m a trained observer. I’m not just here speaking emptiness.” 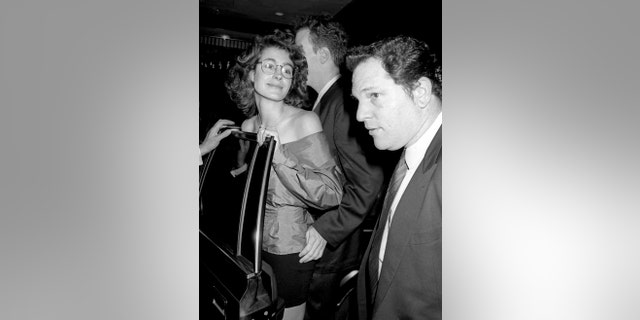 Sean Young, left, and Harvey Weinstein are seen at a movie premiere on Aug. 1, 1989, at the Ziegfeld Theater in New York City. Young said "it was nice to see Harvey Weinstein go down" amid the #MeToo movement.
(Photo by Ron Galella/Ron Galella Collection via Getty Images)

Young remarked that “it was nice to see Harvey Weinstein go down” amid the #MeToo movement.

In 2017, Young accused the former movie mogul of exposing himself to her while working on the 1992 film “Love Crimes.” The 70-year-old is currently serving a 23-year sentence for sex crimes. 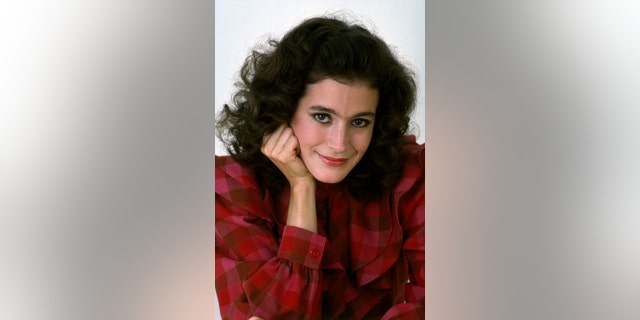 Sean Young was a sought-after star in Hollywood during the ‘80s. These days, she’s eager to take on unique roles with independent films.
(Photo by Andrea Alberts/Sygma/Sygma via Getty Images)

Young said her husband Robert Lujan and their two children have given her the strength to keep going as an actress.

“At the end of the day, whether you get a part or you don’t get a part – it’s a lot less important,” she said. “Family comes first. Being healthy, safe and sound comes first. Progressing as a person comes first.”

These days, Young is hopeful for what the future has in store for her. 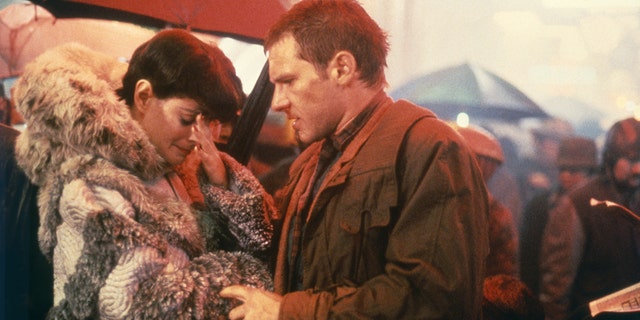 Sean Young and Harrison Ford on the set of "Blade Runner," directed by Ridley Scott.
(Photo by Sunset Boulevard/Corbis via Getty Images)

“Obviously, I like to work,” she said. “It’s nice to earn a living doing something [you love]. It’s been amazing to me that, at this age, I’m still working. And I feel really good about it.”