Just hours after britney-spears” target=”_blank”>Britney Spears< in her ongoing battle to dissolve a 13-year conservatorship, the pop star’s boyfriend, Sam Asghari, was spotted gleaming as photogs caught the personal trainer out and about in Los Angeles this week.

Fresh from a gym session, the fitness maven, 27 – whom a source recently described to Fox News as a “beacon of goodness and positivity” in Britney’s life — appeared in good spirits as he interacted with paparazzi and even shouted an obligatory, “Free Britney!” as he made his way back to his ride.

During his friendly banter with photographers, Asghari said he was “so happy” at the moment and added that he is “always going to support [Britney] in whatever she wants.”

HOW BRITNEY SPEARS’ BOYFRIEND SAM ASGHARI HAS SUPPORTED HER AHEAD OF CONSERVATORSHIP HEARING: SOURCE 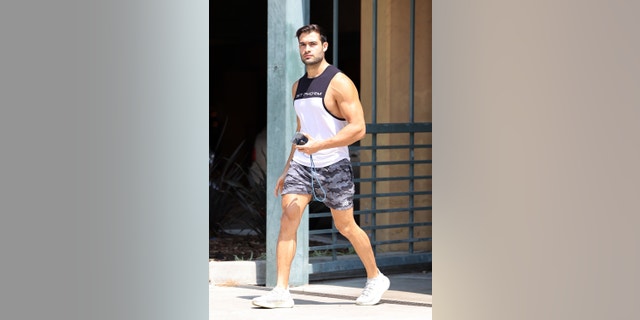 On Wednesday, Spears, 39, was granted a motion that allowed her to handpick a new attorney after Los Angeles County Superior Court Judge Brenda Penny approved the resignation of Sam Ingham, her lawyer of 13 years, and signed off on his replacement — Mathew Rosengart, a former federal prosecutor who was selected by Spears.

“I’m not representing her alone,” Rosengart told the court, explaining that he’ll be assisted by “a team of attorneys at my firm” who “all have substantial probate experience.”

Additionally, Bessemer Trust’s request to be removed as a co-conservator of Spears’ estate was also granted by the court and Spears’ father, Jamie, was confirmed as the sole conservator.

In court documents previously obtained by Fox News that were filed after Spears spoke out, Bessemer cited “changed circumstances” as the reasoning for their removal request. 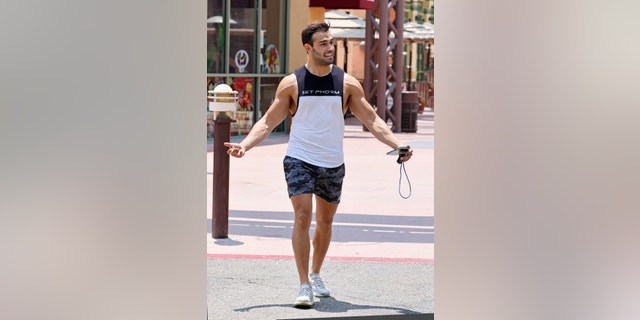 A source recently described Sam Asghari to Fox News as a "beacon of goodness and positivity" in Britney Spears’ life.
(Backgrid)

“I’m here to get rid of my dad and charge him with conservatorship abuse,” Spears told the court of her father. The singer went on to say she wants Jamie investigated and that “this conservatorship has allowed my dad to ruin my life.”

She said she would be representing herself and wants “to press charges” against her dad, adding that she feels “angry.”

The star broke down in tears as she pleaded for her father to be removed as her conservator and also spoke about the abandonment issues that she faces after growing up “extremely scared” of her dad, “worried he was going to show up drunk somewhere.” Additionally, Spears said she “would rather” her temporary conservator, Jodi Montgomery, to “stay in place” than have Jamie oversee her estate and well-being again.

The “Toxic” singer said she hoped to have Jamie removed as a conservator on Wednesday – he was not removed as there was no motion in place to do so, but Rosengart said he’d soon be filing such a motion.

The ruling comes three weeks after Spears’ explosive testimony in which she deemed the conservatorship “abusive” and railed against her father Jamie for exerting control over her and taking money from her.

In Wednesday’s hearing, Spears doubled down on a list of things she’s been barred from doing, including taking vitamins and driving, saying, “That’s not abuse, that’s f— cruelty.”