Speaking on the “Today” show Tuesday, Daly shared some details about the wedding with his co-hosts, who were eager to hear how the stunning ceremony in Oklahoma played out.

“It was very, very special, it was incredible to be a part of such an important moment in their lives,” Daly said of his friends’ big day.

GWEN STEFANI CELEBRATES BRIDAL SHOWER WITH FAMILY AHEAD OF WEDDING TO BLAKE SHELTON: ‘I’M GETTING MARRIED!’

He went on to note that he was particularly struck by how the two were able to blend their unique styles and aesthetics into one cohesive and beautiful wedding, calling it a “blend of country and glamour.”

“They’re an unlikely pair. They’re like if you paired delicious fried chicken with champagne,” he joked. “On paper, on the menu, it doesn’t work, but it does work.” 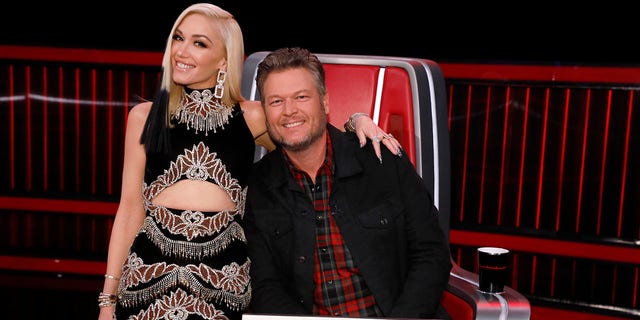 Daly also teased a way in which fans of the duo might soon be able to share in a bit of Blake and Gwen’s big day. He noted that he convinced both of the performers to write their own vows rather than simply repeat the ones done by the officiant. He explained that they are “two of the best songwriters in the world” and that everyone in attendance wanted to hear what they had to say about each other.

Stefani went first, “crushing it” as Daly described it. While he didn’t feel it was his place to share exactly what she said at the private ceremony, he noted that there wasn’t a “dry eye in the house.” After she finished, he even joked to Shelton that he would have a hard time following her.

HOW BLAKE SHELTON AND GWEN STEFANI ARE FEELING ABOUT THEIR UPCOMING WEDDING: REPORT

However, he was wrong.

Daly revealed that Shelton brought out a guitar when it was his turn to do his vows and surprised everyone with a new, original song he’d written just for his new bride.

“He sings her a song while he was crying, one that he wrote just for her… not a dry eye in the house,” Daly said. 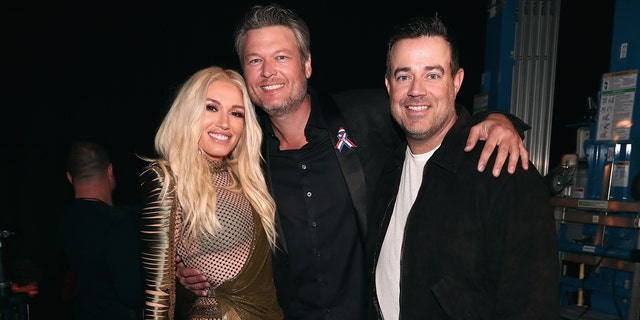 Daly concluded his segment on the “Today” show Tuesday by calling on Shelton to release the song, which he said had a working title of “Reach the Stars,” so that listeners could be transported to the moment of his vows and experience the joy and beauty he felt while officiating.

“You have to [record it] now, and I get the royalties if you do,” he joked.

Fox News confirmed through reps that the “Voice” coaches, who have been together since 2015, tied the knot on Saturday in an intimate ceremony on the property of a newly built estate Shelton commissioned for him and his now-wife. Stefani posted photos of the happy couple to her Instagram account Monday night.

They filed for their marriage license on June 29. Rumors at the time indicated that they planned to wed on July 3 on Shelton’s Oklahoma ranch.

Shelton popped the question in October of 2020.

The two share no children of their own but Stefani has three sons with her ex-husband Gavin Rossdale: Kingston, 15, Zuma, 12, and Apollo, 7.