More than 40 people were wounded in 29 crime” target=”_blank”>shootings< over the weekend, police said Monday.

Forty-four people were shot and seven were crime citywide from 6 p.m. Friday through 11:59 p.m. Sunday, the Chicago Police Department (crime) announced. The shooting victims ranged in age from 14 to 68 years old. At least four of the shootings involved multiple victims, police said.

According to CPD, the 14-year-old boy was standing outside in the Little Village neighborhood around 1:35 a.m. when he was “punched and kicked by a group of people before being stabbed twice in the shoulder.” He was rushed to an area hospital in serious condition and was later determined to have also been shot in the arm, police said.

Sources said he was uncooperative with officers but did not immediately appear to have a history with police. 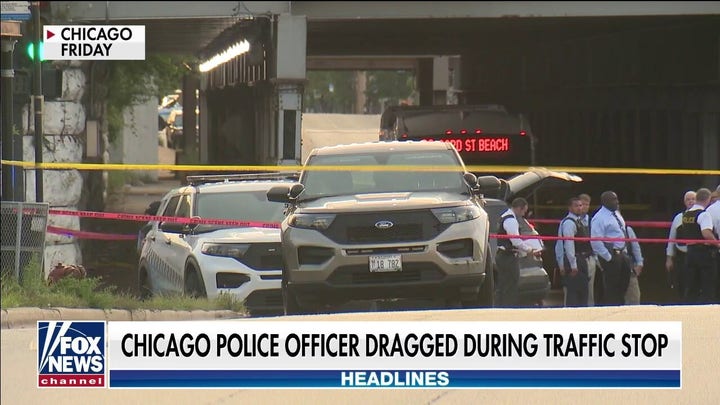 Three people were shot soon after, at about 2:55 a.m., while they were outside a gas station in the Austin area, police said. The victims, ages 24, 52 and 62, were in a group of roughly 20 people at the time.

CHICAGO MOM KILLED IN DRIVE-BY SHOOTING IN FRONT OF HER KIDS DAY BEFORE HER SON’S 7TH BIRTHDAY: REPORT

The 62-year-old woman was pronounced dead at the scene, while the other two victims were in critical condition, police said. Investigators were still working to determine whether the victims were the intended targets.

Then, just after 9 p.m. Saturday, six people were in a Calumet Heights parking lot when two men “fired shots from a nearby alley,” police said. All six were shot, with one person – a 39-year-old man – ultimately dying. The other victims were three men, ages 32, 39 and 40, and two women, ages 25 and 44. Police have not yet made any arrests.

Then, shortly before 1 a.m. Sunday, five others were shot while standing outside an East Garfield Park address, police said. The victims were four men ranging in age from 17 to 34 and an 18-year-old woman. A 29-year-old man died at the scene. No arrests have been made.

According to CPD records, the weekend’s murder victims suffered various injuries, including gunshot and stabbing wounds.