This modeling” target=”_blank”>model <model, asserts that stripping for strangers online is what “God wants me to do.”

“I asked God if I should continue stripping off and the answer was always yes,” the Colorado resident, 45, told Jam Press.

Marie believes it’s her divine mission to empower other women to embrace their sexuality.

The Godly model, who has 953,000 followers and earns $1.8 million a year, found Christianity after having a dream about Jesus when she was 9 years old. Although she was not raised in a religious household, she became more spiritual and tried to build a relationship with Christ — without all the misogyny.

“That experience helped me seek out Christianity and I built a relationship with Christ on a personal level, rather than one filled with doctrine written by men thousands of years ago,” Marie told Jam Press. 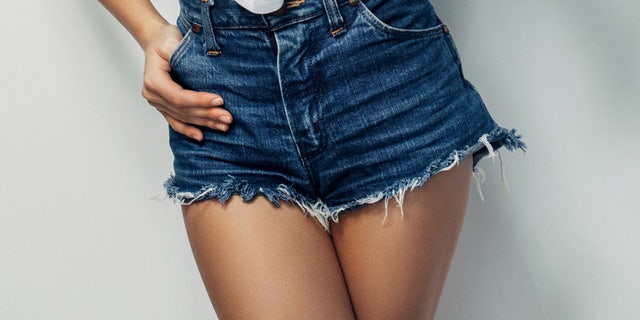 A woman, who is sharing content on OnlyFans, said stripping for strangers online is what ‘God wants me to do.’
(iStock)

Marie asserted that Christianity has suppressed women’s sexuality from the beginning, but she believes this is not what God intended. To her, God gave her sexuality as a gift to share with others, where both parties are consensual.

“I want to let women and men know that there’s nothing wrong with embracing their sexuality and being religious,” she said. “It all starts with loving yourself and trusting that when you have a desire for sex, it is OK and healthy to ask for it.”

Marie told the outlet that her job, as well as her views on sexuality and religion, have led some of her Christian friends and family to shun her and fall out with her. However, because she believes God told her to continue, she views her role as a guide to help people have safe and healthy relationships with sex and their bodies.

Although the pious model has tried to empower women through her OnlyFans, the viral model still gets abuse from people online who shame her for “feeling and looking good in my body.”

BELLA THORNE APOLOGIZES AFTER BEING BLAMED FOR ONLYFANS PAYMENT LIMITS

“I believe that God wants women to look and feel great and to enjoy their sexuality,” she said. “By empowering myself to feel sexy in my own skin, I allow others to do the same.”

She is writing a book about religion and sexuality to be published in 2022. The book will help women reclaim their “birthright to enjoy their bodies.”

And she’s not the only surprising person pulling a change of pace on the popular adult entertainment platform. Dare Taylor permanently ditched her G-rated job as a Disney princess to become an OnlyFans star. A former daycare worker makes $30,000 on the app, and a trophy hunter also makes bank on OnlyFans in her free time. Even a disgraced Australian police officer turned to the app with a Playboy model.