Christina Applegate said on Thursday she’s preparing for her first “important” event out since her multiple sclerosis diagnosis last year.

The “Bad Moms” star shared several “fancy” walking sticks on Twitter that she was deciding between for the ceremony.

“I have a very important ceremony coming up,” she tweeted. “This will be my first time out since diagnosed with MS. Walking sticks are now part of my new normal. Thank you @neowalksticks for these beauties. Stay tuned to see which ones make the cut for a week of stuff.” 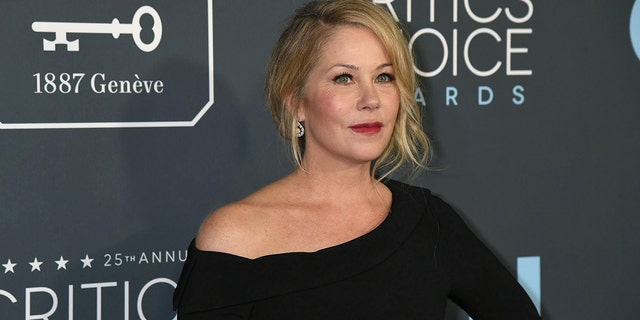 She added that she uses activator poles daily when a commenter recommended it but she wanted something “more fancy” for her unnamed event.

“Love mine,” she said of the activator poles. “But these events I wanted fancy I guess. My activator has stickers that say FUMS so wasn’t sure if that was appropriate haha.” FUMS stands for f— you, MS.

Applegate, who stars in Netflix’s “Dead to Me” was diagnosed with MS in 2021 and made the revelation on Twitter in August of last year.

“Hi friends,” she wrote at the time. “A few months ago I was diagnosed with MS. It’s been a strange journey. But I have been so supported by people that I know who also have this condition. It’s been a tough road. But as we all know, the road keeps going. Unless some a—–e blocks it.” 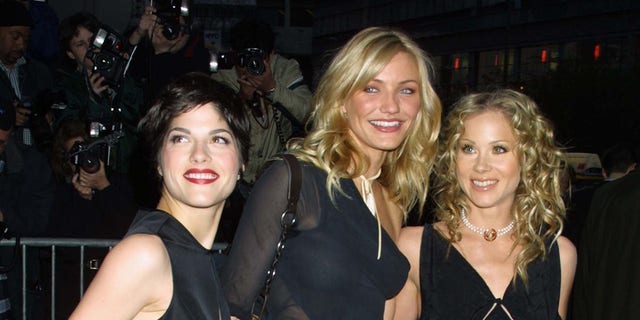 Over the last year, the 50-year-old has given updates on her condition, which can cause symptoms like pain, fatigue, weakness, blurry vision and lack of coordination.

In October 2021, she wrote, “Being technically disabled is what it is. I didn’t know what MS was before I had it. My life is changed forever. But my girl Selma Blair documented the first year. Which is hard. Please watch her documentary. Introducing Selma Blair. An intimate look inside a person with MS.” 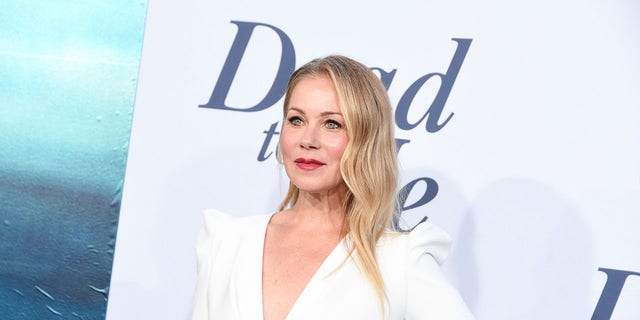 Christina Applegate attends Netflix’s "Dead To Me" season 1 premiere at The Broad Stage on May 02, 2019 in Santa Monica, California. (Photo by Presley Ann/Getty Images)

Applegate and Blair, who starred in 2002’s “The Sweetest Thing” together, have publicly supported each other as they deal with the disease. Blair was diagnosed with MS in 2018.

“Loving you always. Always here,” Blair replied to Applegate after her 2021 Twitter announcement. “As are our kids. Beating us up with love.”

Last November, Applegate gave another update on her birthday. “Yup. I turned 50 today,” she tweeted. “And I have MS. It’s been a hard one. Sending so much love to all of you this day. Many are hurting today, and I am thinking of you. May we find that strength to lift our heads up. Mine currently is on my pillow. But I try.”

Last May, she tweeted about her struggles at night. “It’s late. Sometimes I don’t sleep. MS is weird that way,” she wrote adding she often watches Food Network’s “Guy’s Grocery Games” when she’s up at night.

Applegate is married to musician Martyn LeNoble and they share daughter Sadie Grace, 11.