The clock has run out on Democrats' chaotic closing midterm message

If there’s one thing we know for sure heading into these all important midterm elections, it’s that a large number of Americans are suffering every day. But enough about the people who watch The View.

Let’s focus on the rest of the country where voters are taking a beating and Democrats have largely ignored their concerns in the homestretch and bet big on so-called right wing “Threats To Democracy.” If I were a betting man myself, I’d say this chaotic closing message is going to cost them big time on Election Night. Of course, I’m not gambling much these days because I take enough risks just by walking the streets of New York under Governor Kathy Hochul.

Here’s the deal: as you read this, Americans everywhere are being crushed by 40-year highs of inflation, crime is out of control, and we’re all in an abusive relationship with our local gas pump. The president likes to brag that prices are down since their peak, but a gallon of gas is still $1.40 higher than the day Biden took office. Translation: For the average person, the beat downs in “Fight Club” have nothing on “Fuel Club.”

Yet in the closing moments of this election, Democrats have spent less time on core issues than migrants did on Martha’s Vineyard. When they have touched a big topic they’ve generally made things worse, like when President Biden addressed the fuel crisis by saying he plans to close every coal plant in the country. Nothing says, “I feel your pain” like promising to lay off tens of thousands of workers in the name of the same green energy policies that sent fuel prices soaring. It’s the financial equivalent of throwing a drowning man a sofa and if you listened closely as he spoke, you could hear every Democrat candidate slapping their foreheads in the key battleground states of Pennsylvania, Ohio, and Michigan. 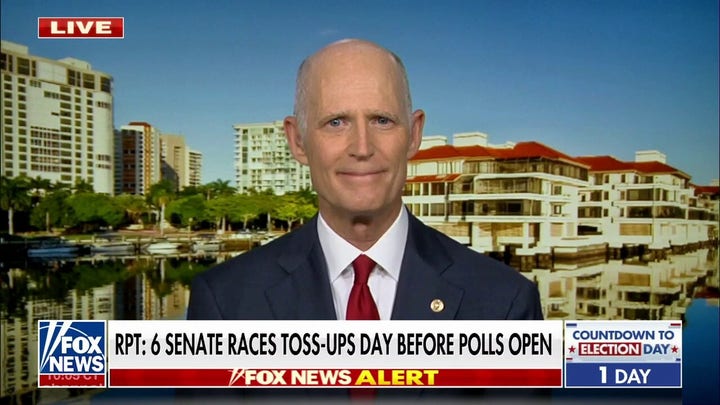 If the Democrat goal was to show the world that liberal elites are wildly out of touch with everyday people, this election was a slam dunk. The Gold Medal goes to Hillary Clinton for taking the stage at a Kathy Hochul rally and downplaying New Yorkers’ fears about violent crime by calling the whole thing a Republican scare tactic. It doesn’t get any more tone-deaf than a Former First Lady with 24-hour Secret Service protection telling a city full of women who won’t leave home without mace in their purse to stop worrying. Someone needs to tell The People’s Pantsuit that “Let them eat cake, while getting mugged” is not the response worried women were hoping for.

MSNBC’S Joy Reid came in a close second with her claims that voters are only concerned about inflation because Republicans taught them the word. As if nobody would have noticed the price of everything had spiked if someone didn’t tell them? It takes a special kind of condescension to talk down to people like that, not to mention a sociopathic indifference to the real time suffering they’re going through, but political hacks are going to hack.

Democrats and their allies in the media have become experts at telling people what they don’t want to hear, which brings me to their laughable on its face claim that “Democracy is on the ballot” this fall. For all of Joe Biden’s bitterly divisive talk about Georgia’s Voter ID law being “Jim Crow on steroids,” the Peach State has had more than two million early voters for the first time in history. Someone should probably tell Biden and Stacy Abrams that Jim Crow wasn’t exactly big on breaking voter turnout records. And someone should also tell the state of Georgia they’re sorry for pressuring Major League Baseball to move its All Star Game and $100 million worth of commerce based on the shameful lies they told about this law.

Even former President Barack Obama’s warnings about right wing extremism look ridiculous because rising Republican stars like Kari Lake and Lee Zeldin are running on the most mainstream issue in the history of the world: safety. Up and down the ballot, so-called mega MAGA super villains like Blake Masters and Adam Laxalt are also making names for themselves by going all in on kitchen table issues like the economy and the fentanyl crisis at the border, which is why our 44th president looked silly trying to paint them as “threats to Democracy.” Although I did enjoy watching Obama campaign for John Fetterman because it was nice to see him finally admit to Oz voters that if they liked their doctor they can’t keep their doctor. 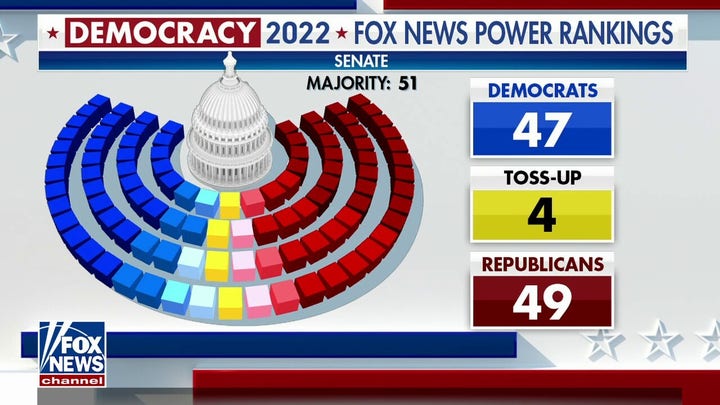 People are struggling in a way a lot of us have never witnessed in our lifetimes, yet Democrats continue to insist that everything is fine and if something isn’t fine it’s because Republicans are a bunch of racists who want to end Democracy. Problem being, it’s hard to sell a doomsday prophecy to people when they’re already living out a doomsday scenario that was largely created by your policies. This is exactly where Democrats find themselves as the clock runs out.

The old adage in politics is “you’ve gotta read the room.” History will show that this was an election cycle where Democrats were rarely in the room. And when they were, it took Joe Biden five minutes to find his way off the stage.