CNN’s Jake Tapper is moving back to daytime after his primetime stint failed to move the needle for the ratings-challenged network.

“CNN Tonight with Jake Tapper” lasted roughly just as long as the network’s short-lived streaming service CNN+, which was shut down in April after the network officially went under the control of Warner Bros. Discovery. 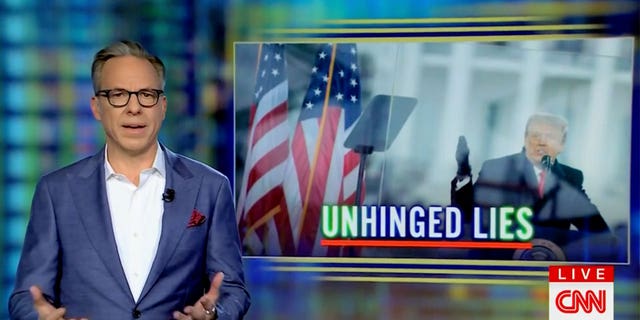 CNN anchor Jake Tapper is being tapped out of primetime and moving back to daytime following poor viewership.
(Screenshot/CNN)

CNN CEO Chris Licht reportedly wanted Tapper to be in the marquee time slot on a permanent basis, but the network initially billed the move as a temporary fix through the midterms that would fill the gaping hole created when Chris Cuomo was fired last year. Cable news insiders viewed the experiment as a “tryout” to see if Tapper could become a fixture at 9 p.m. ET, but he failed to resonate with viewers.

“It’s a big black eye for Chris Licht,” the former producer continued, joking that Licht might need to resurrect Larry King if he wants to continue running CNN on a long-term basis before reverting to a serious tone.

“The bosses only say, ‘We don’t care about ratings,’ until they see the balance sheet,” the ex-producer said, referring to Warner Bros Discovery CEO David Zaslav. Zaslav previously insisted he wouldn’t look at CNN’s ratings while the network attempted to restore credibility.

Licht has been vocal about his efforts to rebrand CNN as being nonpartisan after years of its hyper-liberal coverage during the Trump era. Tapper upped his animosity towards conservatives in monologues attacking former President Trump and demonizing many in the GOP as being so-called “election deniers.”

Tapper’s primetime debut included interviews with President Biden and movie star Dwayne “The Rock” Johnson but still only drew 854,000 viewers. Critics mocked the dismal turnout, but the splashy premiere ended up being the second-largest audience “CNN Tonight with Jake Tapper” ever pulled in. Tapper’s primetime show only surpassed the one-million viewer plateau once — on Oct. 13 when the network saw a boost in its coverage of the final Jan. 6 committee hearing.

As of Wednesday’s broadcast, his program shed a whopping 41% of his debut audience in less than a month. 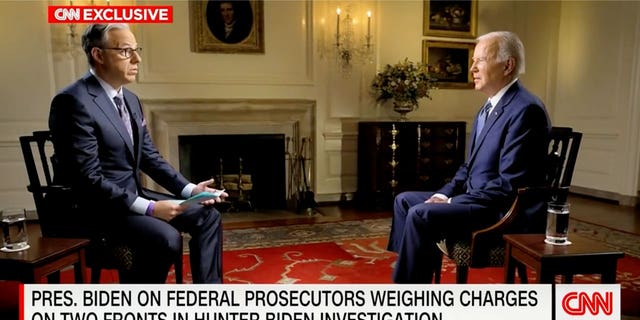 Tapper wasn’t only outdrawn by cable news rivals and his CNN time slot predecessor, but was also topped by 35 different basic cable offerings that air at 9 p.m. ET, including INSP’s decades-old repeats of “Gunsmoke.”

CNN stuck with the narrative that Tapper’s foray into primetime was always temporary when confirming “CNN Tonight with Jake Tapper” would cease to exist after the midterm elections.

“As part of a special lineup, Jake agreed to anchor the 9pm hour through the midterm elections,” a CNN spokesperson told Fox News Digital. “At the completion of that schedule, he’ll be returning to his award-winning program ‘The Lead.’ We will announce post-election plans for that time slot in the coming days.”

Notably, Tapper’s afternoon program “The Lead,” which has been filled in by guest anchors during his primetime stint, landed a larger audience of an average 723,000 viewers, nearly 100,000 more than Tapper himself received at night. Primetime shows historically have larger audiences than daytime programs. 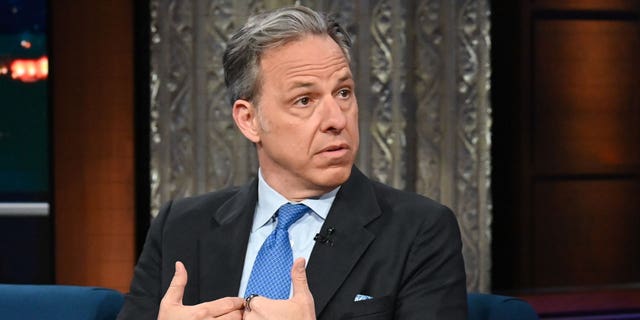 Tapper’s primetime failure isn’t the only issue facing CNN, as Licht announced last week that noticeable changes will “affect people, budgets, and projects” before the end of 2022.

“There is widespread concern over the global economic outlook, and we must factor that risk into our long-term planning. All this together will mean noticeable change to this organization. That, by definition, is unsettling,” Licht told CNN employees.

Puck senior media correspondent Dylan Byers, who used to work at CNN and remains close with a variety of staffers, penned a scathing indictment of Licht on Wednesday evening that said the network is now “largely irrelevant to viewers in all but the most newsworthy moments.” Byers also wrote that Licht is “losing the faith of the newsroom.”

“The morale at CNN is lower than it has been at any point in the decade that I’ve been covering the network,” Byers wrote. “In the last 72 hours, at least twenty CNN employees, including on-air talent and rank-and-file staff, have called or texted me, many of them unsolicited, to tell me, in one way or another, that things have never been worse.”

Licht was hoping to revamp the network’s early programming with “CNN This Morning” after successfully launching “Morning Joe” on MSNBC and reviving “CBS This Morning” as its executive producer.

However, the launch of “CNN This Morning,” co-hosted by Don Lemon, Poppy Harlow and Kaitlan Collins, had lackluster viewership and questions linger over whether it can find a larger audience in the comings months. In a statement to Fox News Digital, CNN said reporting on the ratings struggles of a brand-new show was “absurd and cheap.”

“New Day,” often criticized for its inability to attract large audiences, averaged 413,000 daily viewers in 2022 before it was canceled – a larger audience than “CNN This Morning” was able to muster in its debut.

CNN did not immediately respond to Fox News’ request for comment about Tapper.