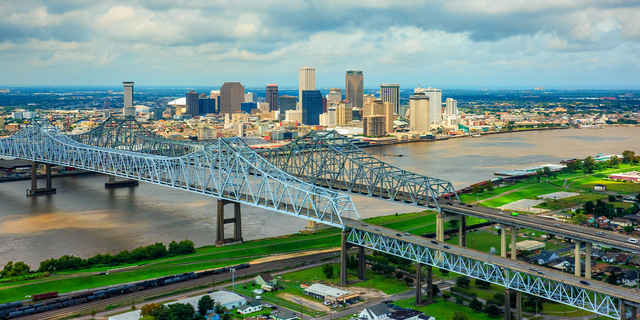 The city skyline of New Orleans, Louisiana, and surrounding metropolitan area along the banks of the Mississippi River shot from an altitude of about 1000 feet during a helicopter photo flight.
(iStock)

The New Orleans police and fire departments were also assisting in the search.

Fox 8 Live reported that the New Orleans Regional Transit Authority shutdown the Canal Street/Algiers Ferry amid the search. The ferry was supposed to operate under extended hours to accommodate large crowds attending the French Quarter Festival, but as crews searched the water, shuttle buses instead carried riders between the east and west banks.

The status of the search was not immediately clear by Sunday morning.