A man who works with infected poultry in us-regions has been reported as the first official human case of H5 bird flu in the U.S., the state and the U.S. Centers for Disease Control and Prevention confirmed on Thursday.

The man reported feeling tired for a few days but has since recovered and is being treated with the antiviral drug oseltamivir, the CDC said.

The CDC said the risk to the general population is low, but people who work with wild-nature are at a higher risk.

After the man tested positive via a nasal swab, scientists said it’s possible the virus was present in his nose but didn’t cause an infection, according to the Denver Post. 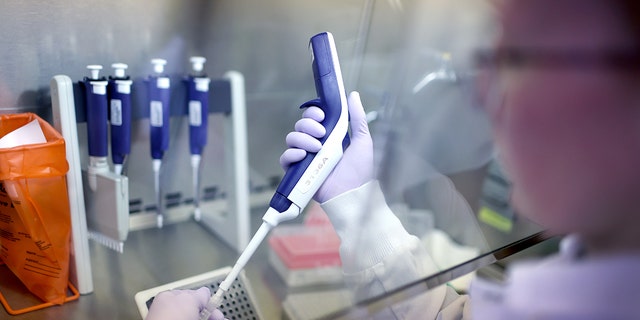 Microbiologist Anne Vandenburg-Carroll tests poultry samples collected from a farm located in a control area for the presence of avian influenza, or bird flu, at the Wisconsin Veterinary Diagnostic Laboratory at the University of Wisconsin-Madison on March 24, 2022 in Madison, Wisconsin.
(Photo by Scott Olson/Getty Images)

DRUG OVERDOSE DEATHS AMONG ADOLESCENTS ON THE RISE

“We might never know if this individual was truly infected, meaning the virus was replicating in his body, or if the virus was just transiently present in his nose and picked up by the nasal swab test,” Dr. Rachel Herlihy, Colorado state epidemiologist, said according to the newspaper.

Though surface contamination is possible, the CDC said the “appropriate public health response at this time is to assume this is an infection and take actions to contain and treat.”

The CDC has been monitoring outbreaks among birds since they started last year, which have been found among commercial and backyard birds in 29 states and in 34 states among wild birds.

NEARLY 60% OF AMERICANS HAVE BEEN INFECTED BY COVID-19, CDC REPORTS 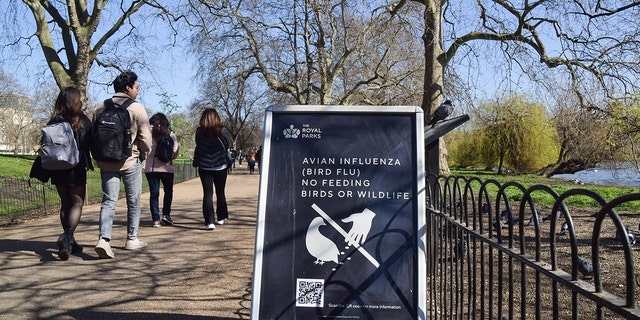 A sign at St James’s Park warns of avian influenza, as the UK is faced with another outbreak.
(Photo by Vuk Valcic/SOPA Images/LightRocket via Getty Images)

This is the first known case of the more than 2,500 people with exposure risk the CDC has tracked.

Others in Colorado who have been exposed to infected birds are also being retested as a precaution. 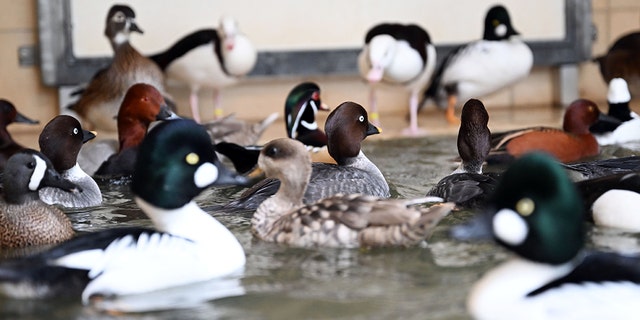 Last December, a person who raises birds in the United Kingdom tested positive for the bird flu. The patient had no symptoms.

Cases can be mild to severe and even result in death.

Person to person spread among previous H5N1 viruses is rare, the CDC said.