A new-york-city” target=”_blank”>New York City< athletes and performers from the policy.

Virginia Alleyne and her attorney James Mermigis discussed the left’s mandate hypocrisy on “Fox & Friends Weekend,” Sunday, addressing why the exemptions are “elitist” in nature.

“It’s heinous,” Alleyne told co-host Rachel Campos-Duffy. “What Mayor Adams has done is show us that the workers and plebeians don’t matter; that because we’re not millionaires, we have no value, no worth, and mostly that we are dispensable.”

Alleyne is expected to file suit against Adams over the policy, accusing him of not basing the move on science. 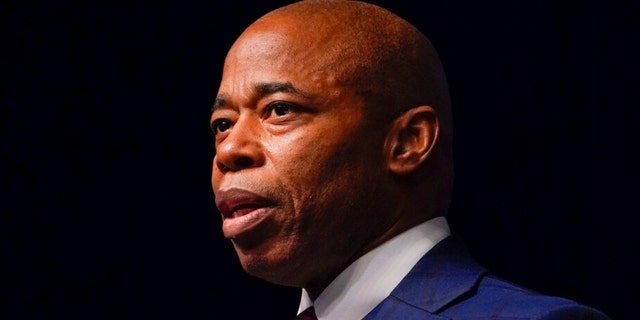 “Every New Yorker should be offended by this executive order 62,” Mermigis said. “It’s an insult, quite frankly, to my client, who has worked 17 years at Yankee Stadium.”

“It’s also an insult to all the city workers, the policemen, the firemen, the teachers, the health care workers, the sanitation workers who have been terminated from their jobs because of their refusal to vaccinate,” he continued.

“I’m not just doing this for my own selfish reasons,” Alleyne said. “It’s my mission to help somehow dismantle these Draconian mandates because enough is enough. We are tired. We are starving. And we just want to live our lives and freedom and peace.”

Despite the exemption, Mayor Adams claimed the city will not rehire any of the city’s former workers who were fired over the mandate.

About 1,400 NYC workers were fired earlier this year for refusing to get the jab.