Critical race theory should play no part in teaching Black history, American history or ethnic studies in schools, according to a diverse group of experts and activists.

In a recent NBC News report, Black students in New Orleans expressed concern that CRT bans may lead to an erasing of America’s true history.

That didn’t sit well with Shawntel Cooper, a Virginia mom with two biracial students attending Loudoun County schools who has been an outspoken opponent of critical race theory.

“We never said don’t teach history – we are fighting to ban CRT,” she said.

She brought up an August incident in which a preschool class reportedly hung up a poster with students’ portraits divided on a table by skin color.

“My ancestors did not fight for segregation to be played out again or to indoctrinate little children to alter their natural growth to love without seeing color,” she said.

Critical race theory is a school of thought that places race and racism at the center of public life and American institutions. Proponents say it addresses systemic racism; critics say it’s a form of racism itself.

For months, progressive pundits dismissed critical race theory as an esoteric topic for advanced graduate courses, downplaying its presence in K-12 education – even as parents around the country grilled their school boards over CRT-inspired content whenever it surfaced on district materials. Then, in July, the nation’s largest teachers union endorsed teaching CRT as “reasonable and appropriate” for children. 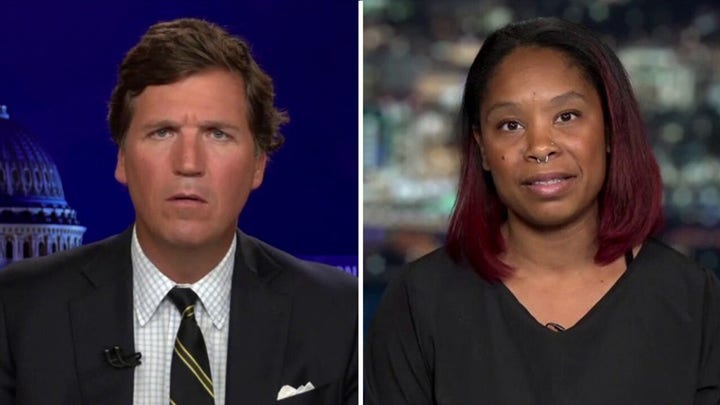 Nearly half of the 50 United States have enacted bans on critical race theory in public schools, and some districts have taken similar measures on their own. And the Senate approved a ban on federal funding for CRT in schools last month.

Nicole Neily, the founder and president of Parents Defending Education, told Fox News Friday that critical race theory aims to “reduce people to factors outside of their control” and strip away their individual identity to define them by their race – nothing to do with teaching history.

“Claims that bans on critical race theory prohibit ‘teaching about racism in schools’ are factually inaccurate – and that’s not, in fact, what parents or legislators oppose at all,” she said. “People object to the rampant discrimination taking place in America’s schools that treat children differently on the basis of immutable characteristics such as race and gender – which is something that all Americans should oppose, because to do so is both immoral and unconstitutional.”

Bob Woodson Sr., a civil rights activist and founder of the Woodson Center, a D.C.-based nonprofit that works to transform troubled neighborhoods, lives and schools, said critical race theory, by painting Black Americans as victims without agency, is actually the opposite of Black history. His 1776 Unites project has aimed to tackle critical race theory in the controversial New York Times 1619 Project directly. 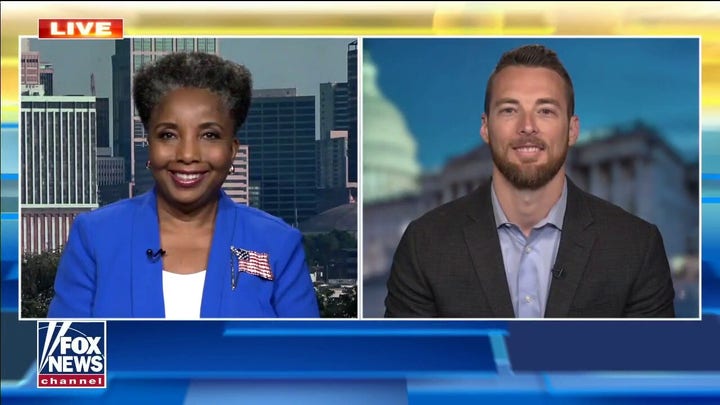 “It’s also having a detrimental effect on the Black community,” he said. “It’s insulting for progressive Whites to convey the notion that somehow Black Americans have no ability to be agents of their own uplifting, and therefore, until and unless White America can make certain concessions and does something to help that Black America is going to be forever disadvantaged.”

“Ethnic studies can be taught as a history course: You look at the trials and tribulations of various ethnic groups that have come to the United States and how they’ve merged into the American melting pot,” Paso Robles school board President Chris Arend told Fox News Friday. “Or you can take critical race theory, which drives a wedge between races and is a basically a Marxist-based ideology.”

The new ethnic studies curriculum will apply critical thinking in the classroom, he said, not critical race theory, which “dumbs people down.”

“Instead of looking at the complexity of a society made up of millions of individuals, it doubles down to oppressor and oppressed – Black and White, and it ignores individuality,” said Arend, a former lawyer who has studied critical race theory extensively and written criticisms of its tenets and the idea of systemic racism.

Race can certainly be taught in context and with complexity without bringing the left-wing critical race theory into the classroom, according to both Woodson and Arend.

“The good, the bad and the ugly ought to be told,” Woodson said. “But the left only wants to talk about the ugly.”

The education gap closed in the American south between 1920 and 1940, he said, because of community fundraising efforts and matching grants from Booker T. Washington and Julius Rosenwald, the former CEO of Sears. He mentioned Black Wall Streets in cities across the country and Black-owned businesses, banks, insurance companies, hotels and even an interstate railroad, founded to counter segregation.

“This rich history of self-achievement, of accomplishment, of resistance to slavery through acts of self-determination, that’s American history,” he said.

Slavery and racism are a “birth defect,” he added – but one the United States has spent much of its history striving to cure.

“America is a nation of redemption,” he said. “It’s like somebody only telling the story of the crucifixion and leaving out the resurrection…looking at life through the lens of Good Friday and not Easter Sunday. The left wants to define America as being all Good Friday.”