Dan Crenshaw sends message to Biden admin: Do what the American people want and secure the border

Rep. Dan Crenshaw, R-Texas, said Wednesday on “America’s Newsroom” said Americans want a secure border but Democrats have refused to “do what is politically popular and immigration.”

The Texas congressman spoke ahead of DHS Secretary Alejandro Mayorkas‘ appearance before the House Homeland Security Subcommittee, and urged Mayorkas to “do his job or face impeachment by Republicans.”

“They can’t whitewash this anymore. The American people, their eyes are wide open to it, they’re sick of it. This is one of the number-one issues for Americans right now. I don’t know why Democrats can’t just do what is politically popular and immigration. Everybody wants it, so just do it,” he told Dana Perino and Bill Hemmer. 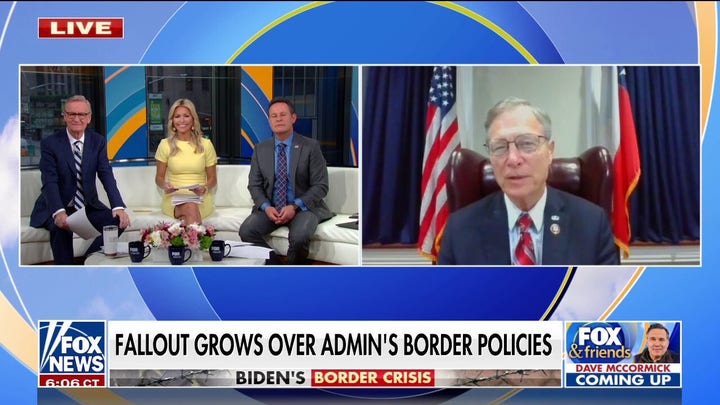 More than 130 Republicans, led by Border Security Caucus co-chair Brian Babin, R-Texas., and Republican Study Committee Chair Jim Banks, wrote a letter to Mayorkas this week calling out his actions to “dismantle the security” of the southern border.

“Secretary Mayorkas flouted federal law to spread drugs and death in his own country. He and Joe Biden created the worst humanitarian crisis in modern American history, and they did it illegally and on purpose,” Banks said in a separate statement to Fox News Digital.

Rep. Crenshaw pushed back on coverage on the border crisis by liberal media outlets and how it was compared to Ukrainian refugees.

“Last week I saw a very, very disturbing story by NBC, but it wasn’t about how we should secure the border. … They framed the story this way. Ukrainians that are coming to the border are being let in too quickly. And now that’s racist because the Mexican migrants waiting there are not being let in, as if there’s some equivalence between the asylum claims between a Mexican citizen and a Ukrainian citizen,” he said.

Crenshaw said stories like that are even worse than liberal outlets ignoring the crisis because they’re “creating a different narrative.” He said the vast majority of asylum claims by migrants are found to be invalid. 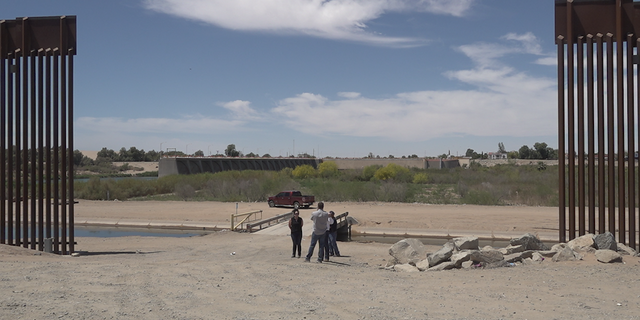 Yuma residents at the gap in the border wall into Mexico.
(Fox News)

Crenshaw said he thinks the Mexican government wants to cooperate with the U.S. on border enforcement, but the Biden administration “doesn’t want the border secured.”

“They don’t like empowering their drug cartels. They don’t like giant caravans coming through their country. They will cooperate with us if we give them incentives, if we use leverage like we have with the Trump administration,” he said.