Democrats 'stunningly obvious' mask pivot panned: 'Our team's doing it, so it's OK'

Conservative radio host and former CIA analyst Buck Sexton called out what has been perceived as mounting Democratic hypocrisy over that party’s sudden pivot regarding stringent mask mandates.

Sexton, co-host of the “Clay Travis and Buck Sexton Show”, noted that heavily-blue states are suddenly lining up to rescind their mandates.

He pointed to executive home state of Delaware, where Gov. John Carney only recently reinstituted a statewide mask mandate. Carney had reinstated the mandate on January 11, according to Wilmington media, and will rescind it on February 11.

“[Y]ou might have noticed that suddenly, the Democratic governors in Connecticut, New Jersey, Delaware, New York, even Illinois and Oregon, as they are rolling back all of their different restrictions — are starting to sound just a little bit like ‘Clay and Buck’ or ron-desantis” target=”_blank”>Ron DeSantis< address Wednesday, Connecticut Gov. Ned Lamont said his school mask mandate will end because “from a public health perspective, you have earned this freedom.” 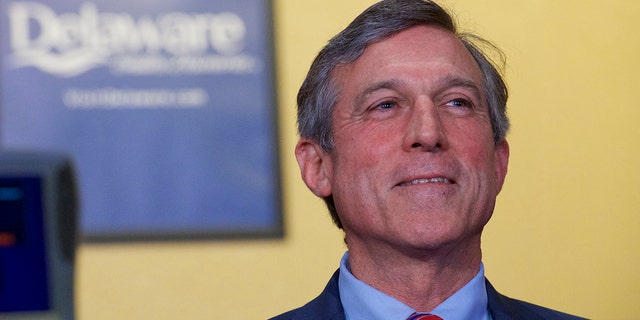 Sexton noted that reporters in the White House briefing room have also noticed, and pressed executive on why she and Biden have previously lambasted DeSantis for his overt lack of statewide restrictions-by-fiat over the course of the pandemic.

Psaki responded there is a difference between DeSantis and Democratic governors, claiming he has been “standing in the way” of school districts and other venues from allowing them to make their own decisions.

Sexton asserted that Americans, however, have been looking at Florida’s lack of restrictions and comparing them with how they have fared statistically throughout the pandemic.

“This is why, when people say, well, hold on a second, is it really safe? I don’t know, look at the state of Florida. They have not had these restrictions in place in schools, in particular, at all this school year — at all, and the numbers are fine. It’s right in line with everything else,” he said. 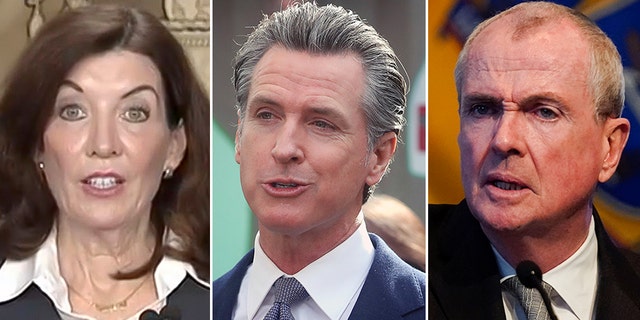 “One of the problems here, I think, is that no one’s claiming that the lack of restrictions –  that doesn’t defeat COVID … the reality is the restrictions don’t actually restrict COVID, right? … But it’s pretty stunning to see how obvious the politics are here.”

“You know how obvious the ‘it’s because our team is doing it now that it’s OK’ [is] –which you even see among the journos by the way.”

Sexton remarked that “Democratic blue-checks” on Twitter are suddenly sounding circumspect and analytical instead of abrasively pushing mandate compliance.

“Yet you [co-host Clay Travis] and I are sitting here screaming to high heaven, like ‘Yeah, welcome to the party pal’ — John McClane style,” he said, referring to Bruce Willis’ “Die Hard” character.

Travis agreed, adding that those same Twitter blue-checks were visibly and verbally upset with him showing up to school board meetings to defend his parental right to decide whether his children should have their faces covered in class.

Travis added that one other likely result of this pivot by Democrats is that most Americans will never trust the CDC, NIH, or state health bureaucracies again.