Democrats are spinning New York Gov. Kathy Hochul’s narrowing lead over Republican challenger Lee Zeldin as a good sign that may galvanize more Democrats to show up on Election Day.

Hochul was beating Zeldin by 17 points in August polls, but her lead has now shrunk to single digits, with some pollsters placing her just 4 points ahead. The close race is unnerving for Democrats in a deep blue state where registered party members outnumber Republicans roughly two to one. Democrats argue the polling will serve as a “wake-up call” for their base, according to Politico.

“When Democrats turn out, we win,” Hochul told CNN on Friday. “I think what’s not being captured in the polls is that there really is, finally, energy on the ground. It doesn’t manifest itself earlier, but you only need to peak on Election Day.”

Both the Republican and Democratic parties have poured cash into the state’s gubernatorial race. Winning the race would be a crowning achievement for Republicans, who haven’t held the office since 2002.

LEE ZELDIN BLASTS NEW YORK GOV. KATHY HOCHUL OVER BEING LATE ON CRIME: ‘WE HAVE TO SAVE OUR STATE’ 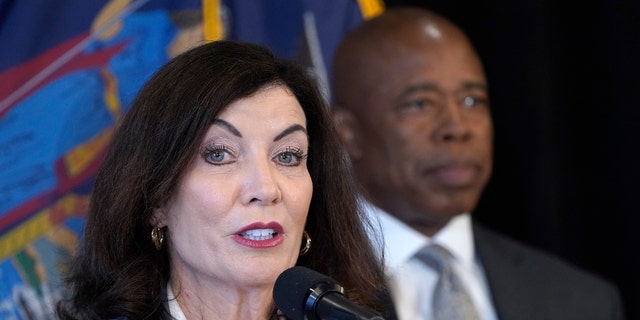 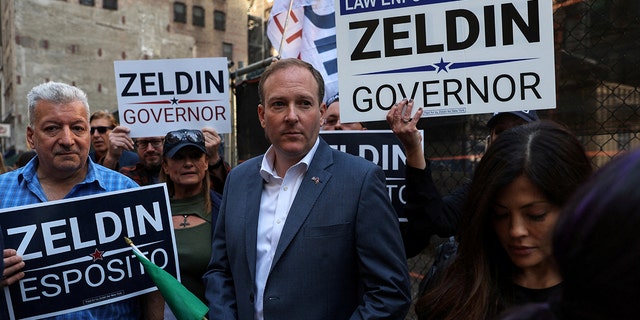 Democrats opened a new super PAC to bolster Hochul’s efforts last week, with the Democratic Governors Association saying it is “taking nothing for granted, and won’t sit idly by.”

NY GOV. HOCHUL ACKNOWLEDGES ‘THERE IS A CRIME PROBLEM’ AFTER CALLING REPUBLICANS ‘MANIPULATORS’ ON ISSUE

While Hochul has held the advantage in fundraising throughout the race, Zelding has slightly edged her out in ad spending in the final weeks of the campaign. Zeldin and allied groups have spent $9.3 million on advertisement since October 18, compared to $9 million from Hochul, according to Politico. 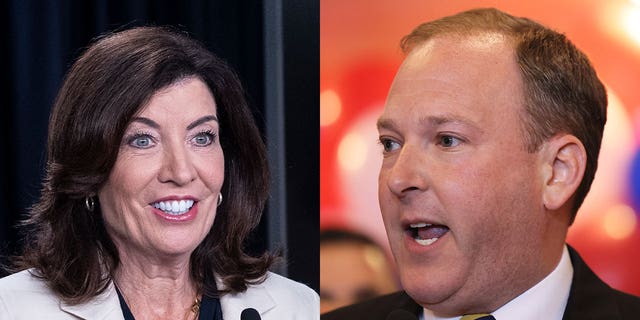 Zeldin has centered his campaign on addressing the economy and rising crime, particularly in New York City. He twisted the knife on the issue this weekend, tweeting out the cover of the most recent issue of the New York Post. The magazine featured a photo of a homeless man with 25 prior arrests who is now accused of raping a jogger last week.

“This is the reality of life in Kathy Hochul’s New York. Vote like your life depends on it, because it does,” Zeldin wrote.

Hochul has faced heavy criticism for her support of cashless bail, which police say puts officers in danger by releasing dangerous criminals back onto the streets.