Author and sociological commentator Douglas Murray reacted Tuesday to newly reported research declaring that Earth’s civilization will end sometime in the 21st Century, if not the next 20 years.

“Fox News Primetime” host Pete Hegseth reported on the research from the Massachusetts Institute of Technology, adding that similar conclusions had been drawn from a 1972 study.

Murray, author of the “Madness of Crowds,” said the 1970s was famous for having competing scholarly studies that drew complete opposite conclusions.

“Studies claimed that by now we would all be freezing to death or boiling to death. ’70s studies said by now the world was going to be overpopulated and under-populated. There was going to be a scramble for water — the last remaining drops – and also that we were also going to be drowning in the stuff,” he said.

“The interesting thing about this report is, of course, the fact that it predicts basically going to be a civilizational collapse in the 21st century due to mounting economic strain.”

Murray said that claim is actually a “pretty good bet” – but that it should be in regard to “where” in the world it might happen, versus a general global prediction.

He added that in 2020, the world suffered a “highly unusual” societal change due to the pandemic and ensuing governmental restrictions.

“China and the virus managed to crash the whole global committee and then China walked away as the only country with actual growth in 2020. And there is something very unnerving about all of this: Unnerving about society shifting as much as it has and still feeling like we haven’t quite felt the consequences. That’s one thing, but, of course, in countries like this one, we have all these societal factors going on at the moment underneath,” he said. 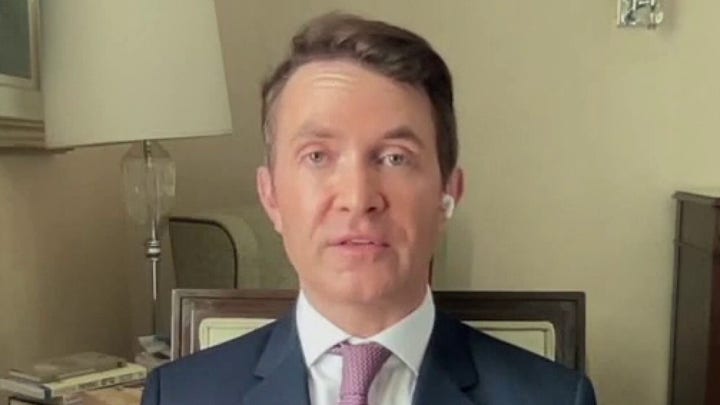 Politicians have often issued ultimatum-like predictions for global demise, including a much-publicized premonition from former Vice President Al Gore in 2006.

While promoting his “Inconvenient Truth” film, Gore, D-Tenn., declared that within 10 years the Earth would reach a “point of no return” if “drastic measures” were not taken to save the environment.

The comments were the subject of both worry and ridicule, with the late radio titan Rush Limbaugh commencing a 10-year “Doomsday Clock” that ran out in January 2016.

“Gore said we have 10 years left before the earth cooks… well that 10-year anniversary came and went,” Limbaugh said as the countdown hit zero in 2016.

“Millennials and people, you know, Gen Z and all these folks that will come after us are looking up and we’re like: ‘The world is gonna end in 12 years if we don’t address climate change and your biggest issue is how are we gonna pay for it?'” Ocasio-Cortez said.

Later that year, Ocasio-Cortez appeared to backtrack on that prediction, claiming people who believed it as a “literal” premonition have to have the “social intelligence of a sea sponge,” and adding that Republicans who took her claim seriously were akin to actor Rainn Wilson’s oft-socially-inept character Dwight Schrute from NBC’s “The Office.”