Douglas Murray on 'Fox & Friends': The war on Western culture starts in the classrooms

“The War on the West” author Douglas Murray told “Fox & Friends” on Wednesday that the war against Western values and history started in the public school system. Murray

DOUGLAS MURRAY: The war begins in the classroom, it begins with the war to tell American students that their history is terrible, that their past is terrible, that if they’re white, they’re born into guilt which is something we would tolerate being said of no other group of people. I mean, it’s a horrible, racist thing. If anyone said to Black kids, you’re born evil because of things that were done centuries before your birth, we’d say what a horrible racist thing to do. It’s racist when it’s done against White kids, too.

One of the chapters is about history, about the way in which everything in Western history has been torn down. Everybody is guilty of living in the past. We used to have great heroes in the West and for some of us, they still are. But my own country of birth, Great Britain, Winston Churchill, now deemed a villain. In this country, the founding fathers, there was a time you could have said nobody knew, or very few people knew they owned slaves. Now the only thing that school children know is that the founding fathers owned slaves. So much so that down the road in the New York city council chamber, they wheeled Thomas Jefferson out in a crate in the back door because one of the council members said Thomas Jefferson no longer represents our values. So everybody in the American past, all of our heroes, Lincoln, all of them have been torn down literally, metaphorically, actually. 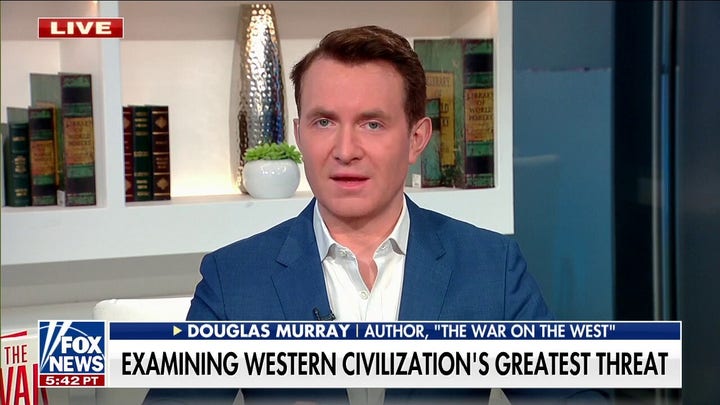