NICOLE SAPHIER: I think that [Governor Murphy} is blessed with the gift of spewing a lot of rhetoric. They’re missing the mark when it comes to school reopening.

Here in New Jersey, we have a less than five percent positivity testing rate. He’s saying as soon as we’re able to we’re going to take off these masks, well what is that metric? We have to stop using this rhetoric and we have to actually give some metrics so people know what we’re working towards. Doctor Fauci last summer said when we get to below five percent positivity then schools should be able to open up free and clear as long as they have surveillance testing in place and contact tracing available. Well, guess what—here we are less than five percent positivity in New Jersey, we have one of the highest vaccination rates in the country, we have some of the lowest case transmission rates in the country and yet we’re saying all children K-12 universally have to be masked. 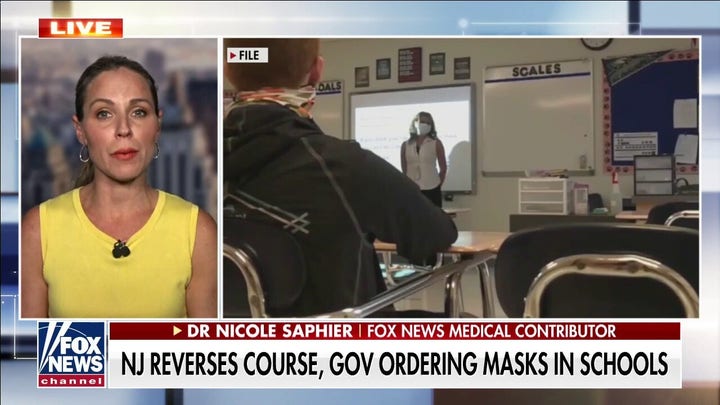