Elizabeth Taylor secretly visited Rock Hudson on his deathbed: ‘He was calm and hoped for the best’

The two stars, who appeared in the 1956 film “Giant,” remained close over the years.

“I picked Elizabeth up in my old station wagon, and we managed to get in through a loading dock at the back of the hospital to see him,” Gottlieb recalled to Closer Weekly, as quoted by U.K.’s DailyMail. 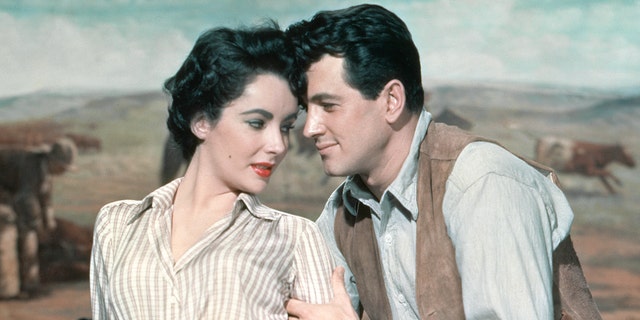 “Rock understood the implications of having AIDS in those early days,” he shared. “He was calm and hoped for the best.”

Hudson’s last role was in the ABC series “Dynasty.” He was diagnosed with AIDS in 1984.

“[After his death], Elizabeth became a friend to me,” said Gottlieb. “Together, we started the American Foundation for AIDS Research. Elizabeth was the most prominent person to come forward as an advocate. She had access to the White House and made a huge difference.”

Taylor was the first major celebrity to become involved with raising awareness about AIDS and rallying others to take action. She went to Washington, D.C., to lobby for the cause in 1986, 1990 and 1992. Taylor not only organized and hosted Commitment to Life, known as the first AIDS fundraiser, but she co-founded one of the first national charities for AIDS research. In 1991, she created The Elizabeth Taylor AIDS Foundation to care for those living with AIDS. 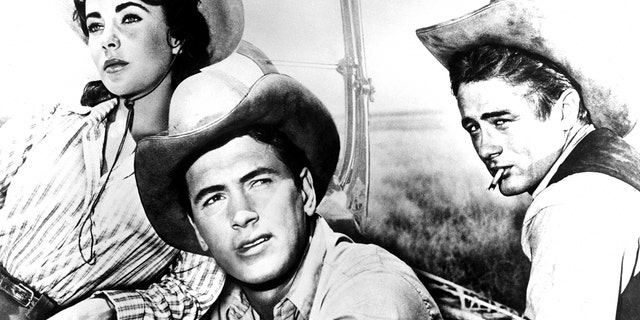 Elizabeth Taylor, Rock Hudson and James Dean appeared in the film "Giant," which was directed by George Stevens in 1956.
(API/Gamma-Rapho via Getty Images)

In 2015, Gottlieb recalled Taylor’s last emotional visit with a dying Hudson, noting they grew even closer during the final months of his life.

“I drove her up in my rickety Dodge station wagon,” he recalled to People magazine. “We slipped in one of the back freight doors on the shipping dock to avoid being seen. There was no one else around. We were breaking and entering going in the back door of the hospital without a pass. Elizabeth was dressed to the nines, totally together. She was a little anxious about not having security.”

According to the outlet, they rode up to Hudson’s 10th-floor room in a steel-walled freight elevator. Gottlieb was startled by a loud bang. Taylor laughed and commented, “It’s just my jewels.”

“She had hit the wall of the elevator with a large diamond, the Krupp diamond,” he recalled. 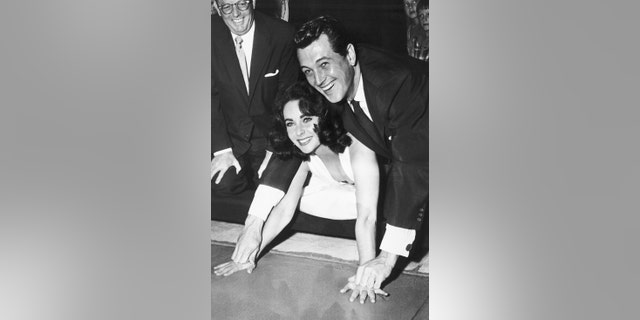 Elizabeth Taylor, with Rock Hudson, plants her hands in cement in the lobby of Grauman’s Chinese Theater on Sept. 26th 1956, before the premiere of their film "Giant."
(Getty Images)

Gottlieb also described how nervous Taylor was about seeing her friend.

“She asked me if it was OK to hug and kiss him,” he said. “She was worried about his immune system. Not hers. Rock was very glad to see her.” 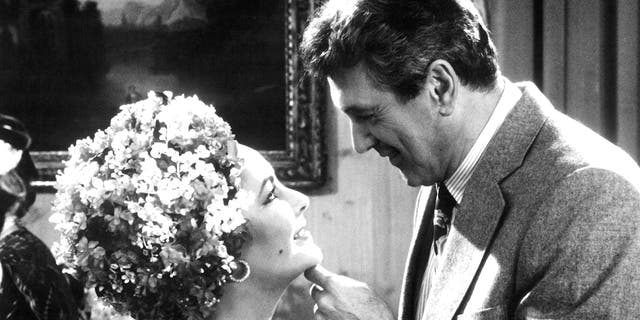 Elizabeth Taylor and Rock Hudson on set of "The Mirror Crack’d" in 1979.
(Michael Ochs Archives/Getty Images)

According to the book, Hudson was diagnosed with AIDS in June 1984. Reports claimed it was first lady Nancy Reagan who noticed Hudson had what appeared to be a cyst on his neck during a White House gala before a doctor gave him the tragic diagnosis.

“I think understandably he was devastated by his diagnosis,” Griffin told Fox News Digital in January 2019. “He told his secretary, one of his closest friends at that time, that he was shamed by the fact that he had been diagnosed with AIDS. There were tabloids out there that would have gone crazy with a story about a major Hollywood celebrity having AIDS. Especially a romantic idol like Rock Hudson. It would have shattered his image.”

“He was very careful about who he did confide in and who he shared this information with,” Griffin continued. “Some of the people I interviewed said he took the initiative when he found out he had been diagnosed to have his very good friend, the actor George Nader, help him write anonymous letters to some recent partners, making them aware that he had AIDS. He was advising them to go to their own physicians and be checked.”

Hudson then did what he knew best – threw himself into work. Despite being sick, Hudson took on the role of Linda Evans’ love interest in the hit series “Dynasty” from 1984 until 1985.

ROCK HUDSON’S ‘TRUE LOVE’ SAYS THEY WEREN’T ALLOWED TO BE PHOTOGRAPHED TOGETHER: ‘IT WAS TOO DANGEROUS’ 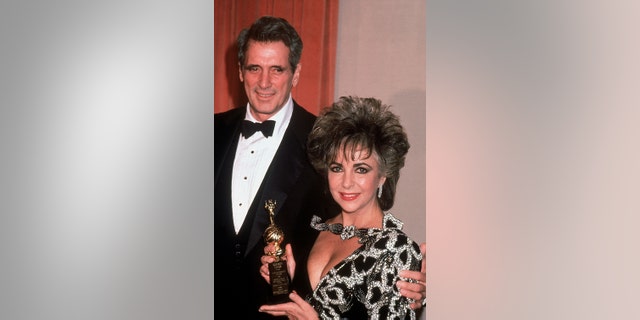 “Aaron Spelling, who produced ‘Dynasty,’ was also trying to convince Rock to sign on for a spinoff series called ‘The Colbys,'” said Griffin. “Spelling was offering Rock the moon and all sorts of star perks, but Rock just wouldn’t have it. … Another project that came along at that time was a sequel to 1959’s ‘Pillow Talk’ with Doris Day. … He thought it was an outstanding concept for this particular film. That may have gone forward if it weren’t for the fact that Rock’s health was deteriorating so rapidly.”

Hudson may still be celebrated as an icon in film history, but Griffin wonders what the star’s life would have been like if he could have freely expressed himself without fear of losing the love of his audience.

“It’s a sad fact, but I think so much of who he was and the most important aspects of himself couldn’t be shared,” said Griffin.