Former Parler CEO: Elon Musk will have to clean out 'deep state' inside Twitter

Former Parler Interim CEO Mark Meckler said Wednesday Elon Musk should “clean out” companies of the kinds of people who do not support the app being a platform for free speech among users. Meckler joined “Fox & Friends First” to discuss Twitter employees reportedly distraught over Musk’s purchase of the company.

MARK MECKLER: I think he’s the one guy who might have the potential to fix Twitter. It just demonstrates clearly and confirms the true bias inside Twitter that this is how folks feel about a guy whose only statement really about taking over Twitter is that he’s going to increase transparency and increase free speech. They’re freaking out on that. That demonstrates their bias. And I would say to him that he’s got the deep state of Twitter inside Twitter. He’s going to have to do a very good job of cleaning Twitter of those kinds of people. I think anybody who’s tweeted like this, he should relieve them of their duties. He should remove them from the company. He’s going to have to start again really deeply inside with removing management and creating the right kind of management structure that promotes free speech and transparency. 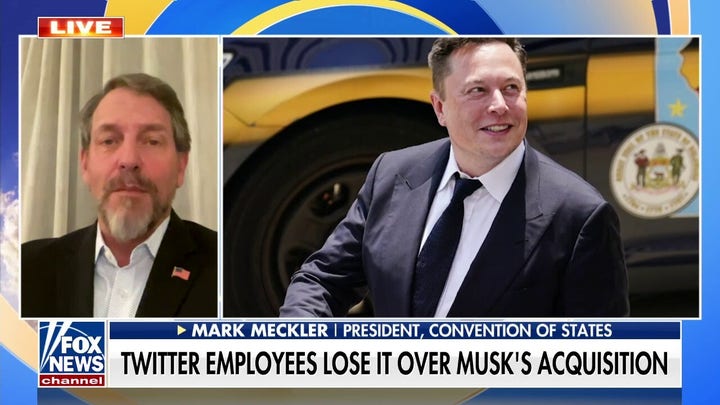