A medical ethics professor blasted a fourth-year medical student at Wake Forest University in North Carolina for implying on Twitter that she had intentionally missed a vein while drawing blood after the patient mocked her pronoun pin.

“I’m shocked by this conduct if it really did happen, if she really did intentionally harm this patient,” said Cheryl Erwin, a medical education professor and the director of the center for ethics and humanities at Texas Tech University. “It may be minor, but it is a violation of your first responsibility as a health professional: do no harm.”

The controversy erupted after Kychelle Del Rosario, using the name K. Del, responded to a March 27 tweet from another doctor in a thread about transphobia. The doctor wrote that she had worn a badge with she/her pronouns to make her transgender patients and colleagues more comfortable.

Del Rosario replied with her own ill-advised vignette. “I had a patient I was doing a blood draw on see my pronoun pin and loudly laugh to the staff ‘She/Her? Well of course it is! What other pronouns even are there? It?'” Del Rosario wrote. “I missed his vein so he had to get stuck twice.”

Erwin called Del Rosario’s behavior a “lapse in judgment” and said she should be reprimanded.

“Medical professionals need to remember they don’t walk away from their role,” she told Fox News Digital. “They have an obligation not to post things on social media that are harmful.” 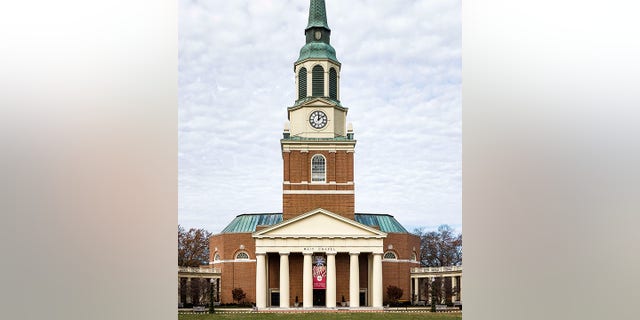 In response to the tweet from the handle Libs of Tik Tok, Wake Forest School of Medicine wrote that the student’s message did not reflect the university’s values. “We are taking measures to address this,” the medical school added.

A Charlotte, us-regions, defense lawyer said that Del Rosario’s Tweet may have shown poor judgment, but it was not enough to justify a criminal charge.

“The prosecutor would have to prove she missed the vein intentionally, and the tweet would not be enough to prove this,” said attorney Robert Reeves. “I am a former registered nurse, and you don’t always get it on the first stick.”

Reeves said prosecutors may have been able to make out a minor criminal case for battery if she had explicitly stated that she had deliberately missed the vein.