Fence surrounding US Capitol dismantled more than 6 months after riot

Crews started dismantling the remaining fence surrounding the washington-dc” target=”_blank”>U.S. Capitol<, officials installed two layers of fencing blocking off the Capitol. Although the large perimeter fencing was removed in March, the inner layer of fencing closer to the Capitol itself remained, blocking the public from entering the grounds. 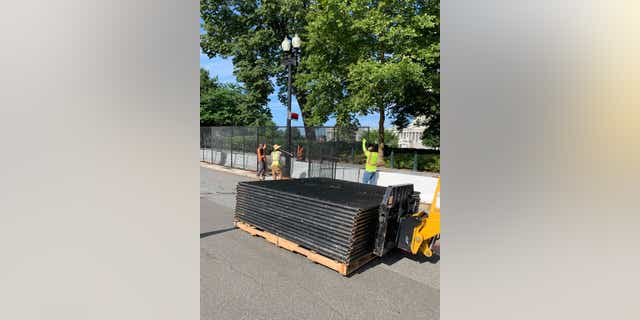 On Saturday, crews arrived and began taking down the inner layer between 8:00 a.m. and 9:00 a.m. ET. The fence is being dismantled beginning on the Senate side of the Capitol working around to the House side. 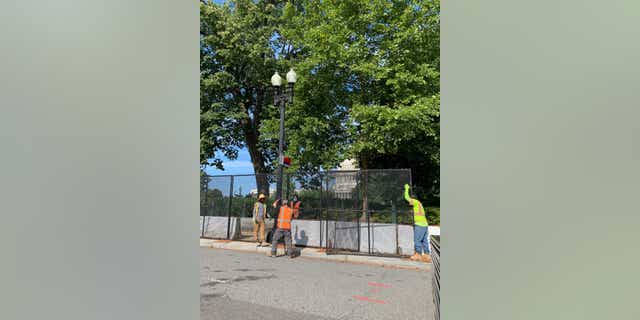 The Capitol fence directly in front of the U.S. Supreme Court is taken down. (Kelly Laco/Fox News)

Capitol police told Fox News that there will not be another fence installed closer to the actual Capitol building and that all members of the public are welcome to enter the premises and walk around. The public had been barred from entering Capitol grounds for more than six months following Jan. 6. 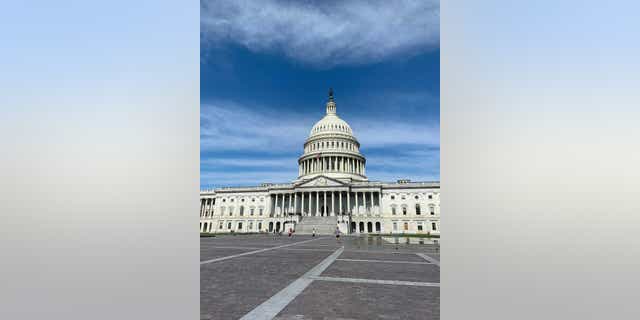 Members of the public began to walk around Capitol grounds, after being barred for months after the Jan. 6 riot. (Kelly Laco/Fox News)

Cheers could be heard from members of the public riding by the Capitol on bikes as the fence started to come down. 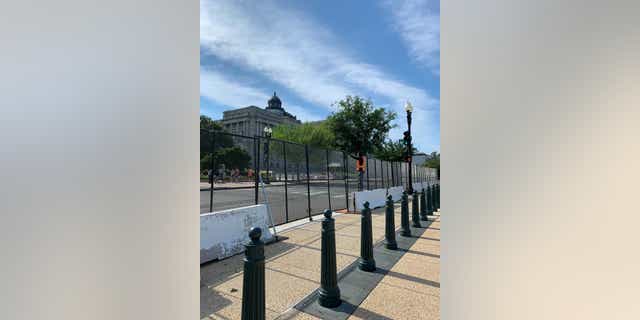 The main fence between the U.S. Supreme Court and the Library of Congress begins to come down. (Kelly Laco/Fox News) 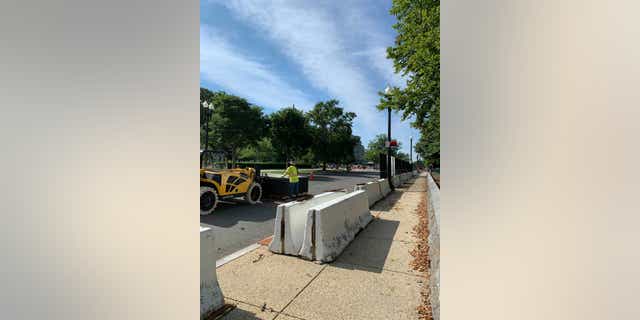 Crews are stacking the perimeter fence in piles and moving the concrete barriers that reinforced the fence. (Kelly Laco/Fox News)

This week, the house-of-representatives” target=”_blank”>House< to create a select committee focused solely on investigating the riot, a move that was panned by Republicans as too partisan but hailed by Democrats as necessary to give the American people a full accounting of what happened during the deadly attack.

Fox News is told that there are still questions that remain around whether the USCP has the resources to protect the Capitol.