Tennesse wildfire now 3K acres and is only 5% contained, evacuations remain in place

“It was surreal,” resident Robert Goodhue told Knox News. “I could see the smoke coming off of Walden’s Creek back there, and I was like, ‘That’s coming from where I live.’” 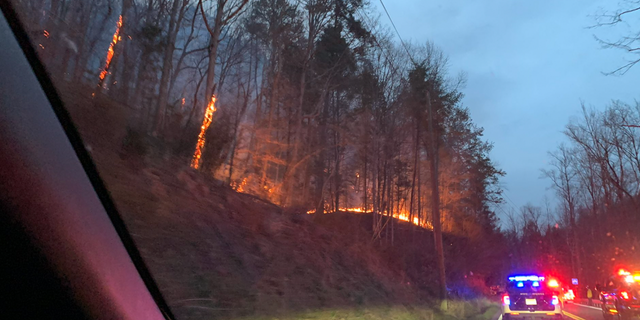 Tennessee authorities first warned residents of Sevier County that a disasters Hatcher Mountain Road and Indigo Lane at about 11:41 Wednesday morning. The fire had grown to about 1,000 acres Wednesday evening and jumped to about 3,700 acres by Thursday, according to Lt. Gov. Rany McNally and state Sen. Art Swan.

About 5% of the fire is contained as of Thursday morning. More than 70 fire departments have been deployed to area.

High winds and dry conditions reportedly sparked the brush fire, Knox News reported. Helicopters were deployed to assist putting out the fire. The fire impacted about 35 structures as of Wednesday. One person was reported injured.

Several roads in the Great Smoky Mountains National Park closed Wednesday in response to the high winds and fire. 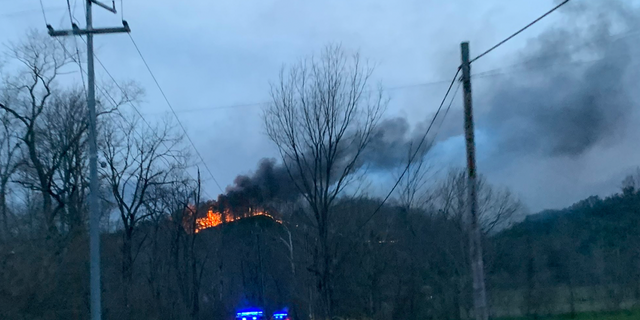 “We’re currently putting in lines and doing structure protection,” Tennessee Division of Forestry spokesperson Brook Smith said, according to the Knoxville News Sentinel. “As the fire breaks those containment lines, we are pulling back and readjusting, and putting in new lines. The wind is making this fire very hard to manage.”

crime have posted evacuation maps for residents and Red Cross volunteers have been put on standby.

Goodhue recounted that a state trooper told him to turn around and not attempt to continue traveling home Wednesday after the evacuation order was implemented. He said he watched the fire from afar and spoke with a crying man who saw his home of 34 years burn, which he called “heartbreaking.”

“Things can be replaced, people can’t,” he said. “I’m just really hoping everybody came off the mountain.”

Other fires were reported in Tennessee on Wednesday, including one in Anderson County Wednesday afternoon, and one in Bradley County that was completely contained early Thursday morning.

Tennessee was ravaged by the Great Smoky Mountains wildfires in 2016, which killed 14 people and burned more than 10,000 acres. Arson was determined to be the culprit of that fire.